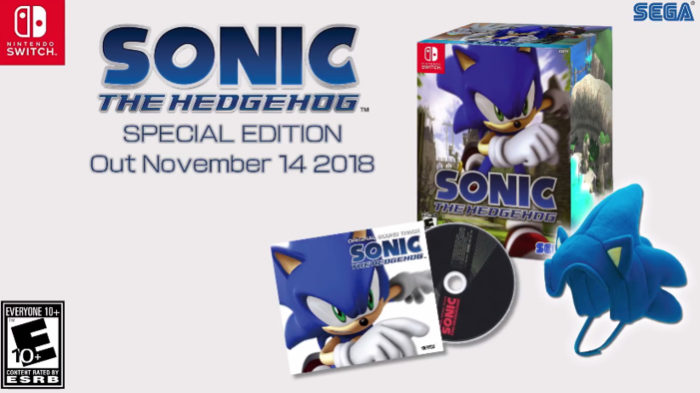 Having the Nintendo Switch in our lives for the past year or so has made us want literally every game to come to the portable platform. If a new game gets announced and we find out that it’s not coming to Switch, we get pretty disappointed. But after watching this mock-up trailer for Sonic the Hedgehog ’06 (yes, that one) for Switch, we don’t think we need every game on Switch, right? We’ll survive without this. Sonic Mania already scratches that Sonic fix for us on Switch.

Here’s the fake trailer that comes from the comedic geniuses over at Nintendo Wire:

According to the trailer, Sonic ’06 will not only be coming to Switch in November, but it will also be a special edition of some sort. Let’s hope that this so-called “special edition” will somehow make the game not so, how do you say this… absolute garbage. Hey, the edition comes with a special Sonic hat! That’s pretty special if you ask me.

If an older Sonic the Hedgehog title were to actually come to Switch, which one would you guys want? We would love to play Sonic Adventure 2 once again on Nintendo’s console, otherwise known as the best 3D Sonic game.