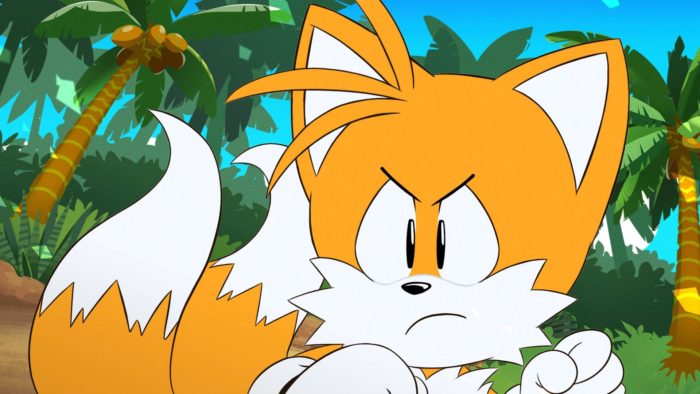 Sonic Mania has gone a long way to revitalize the hedgehog’s ailing reputation, bringing the character and his friends back to their roots. In Sonic Mania Adventures, they have perfectly captured the simple charm of classic Sonic, telling a series of short stories that do not feature a single spoken word of dialogue.

The second episode is now up and available for viewing, adding Sonic’s best pal Tails into the mix. The video only clocks in at just over three minutes long (the final minute consisting mostly of credits, but make sure to stick around afterwards), and without any need for sound, it is the perfect cheeky distraction from your work or school day. Head on over to either the official Sonic the Hedgehog Facebook or Twitter pages to get some of that sweet retro goodness.

The animated shorts coincide nicely with the growing hype for Sonic Mania Plus’ release in July, and it is likely that the next few episodes will introduce not only Knuckles, but possibly the long awaited return of Mighty and Ray. Have they been grabbing your interest so far? Or would you prefer something a little bit more verbose, perhaps even evoking memories of Jaleel White? Whatever your taste, they have certainly been proving popular on social media, receiving thousands of likes, comments and shares within minutes.