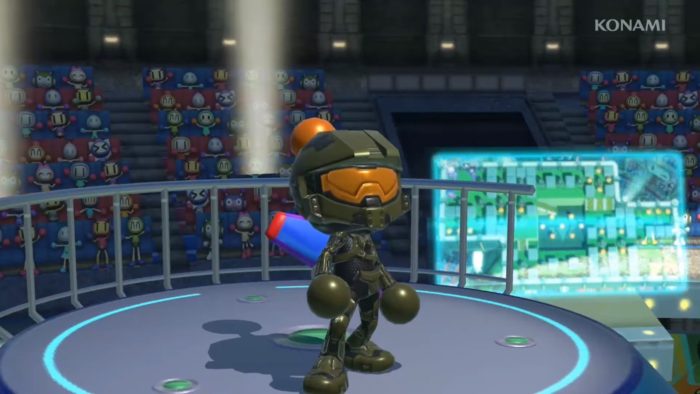 Super Bomberman R originally began life as a Nintendo Switch exclusive, but now it’s heading off to star on other consoles, with special character cameos and other goodies for anyone who didn’t get a chance to try it out yet.

The game will be available on PlayStation 4, Xbox One, and PC soon, with characters like Master Chief, Ratchet & Clank, and P-body for the Bombers. If you’re unfamiliar with the series, it’s a collection of fun multiplayr and single-playr puzzles where you need to strategically place bombs to kill other players and clear paths for yourself.

The new multiplatform version of Super Bomberman R is coming to PlayStation 4 and Xbox One on June 12, 2018 and the PC version is coming on June 13, for $39.99. Interesting in seeing it come to life? Check out the new trailer below for a glimpse at what it’ll look like on one of the new consoles it’s calling home.

As far as the game’s quality, it’s a great Bomberman game, but it’s a little thin on features for the asking price. Whether it’s worth that much or not will really depend on what you think about the Bomberman series in general. You may get a lot of fun out of it, if you have plenty of friends to play with. Plus, it’s very cute.