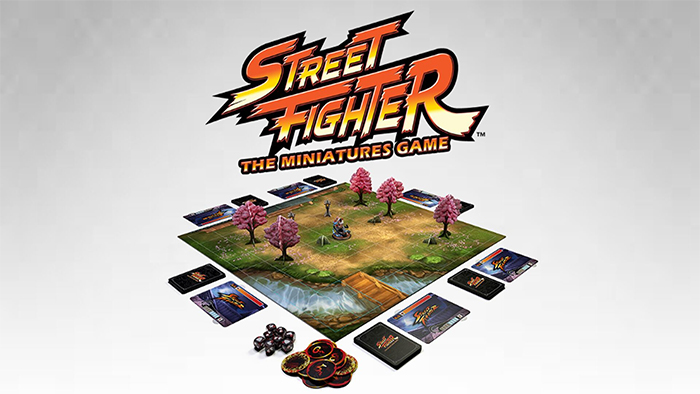 The Street Fighter Miniatures Game Kickstarter, which can only be described as “rad” and “makes my wallet cry,” managed raise over $350,000 USD in one day, just shy of its $400,000 goal.

The game lets players pit 6 of the Street Fighter cast’s characters against each other, with more Street Fighter figures being sold in expansions or included for free in stretch goals. The game is being developed with support from Capcom, and was designed and created by YouTuber Joe Vargas AKA “Angry Joe.” The game is also being published by Jasco games, which previously published Mega Man the Board Game, which is another Capcom IP.

The game lets two to six players choose between one of three gamemodes: Versus, Free-For-all, and Team Mode. The game has each player choose a character, each with their own unique decks and skill moves, the fight other players using the cards in your deck to pull off different moves.

The game is selling for a whopping $140, with a 280$ version that comes with all the expansions included. There’s also an $80 version but that only includes the base game, and excludes the boss expansion pack which comes in the $140 version, as well as the stretch goal additions. If players want to get the $140 version and one of the expansions, they cost $40 each and come with four figures from four different Street Fighter games.

Anyone interested in the game should get invested now, as this is a Kickstarter-exclusive game, meaning it won’t be available in retail after release. Publishers often choose to sell their games exclusively through Kickstarter as it allows the game to be made to-order so there aren’t any losses from selling retail.

Vargas has actually released several videos on the game showing off the game, including a tutorial showing off a full match of the game.

The video shows off prototypes for the figures currently designed for the game, with a painted Chun-Li and Zangief figure looking mighty fine, and pretty big. The figures are a little bit bigger than a Little Mac Amiibo. The Zangief figure, while only a little taller, has a much bigger baseplate and width than the Amiibo, so they’re pretty big. The paint job on the figure looks pretty good, but it is a prototype, so the paintjob as well as the overall design of the figure could change significantly.

Speaking of the paintjob, this game seems to have the strangely rare quality of coming with pre-painted miniatures. This is a massive plus for the many board game players out there who know how time consuming painting a figure, especially one this big, can be.

The game is available on Kickstarter for another 29 days, so get it while its hot.