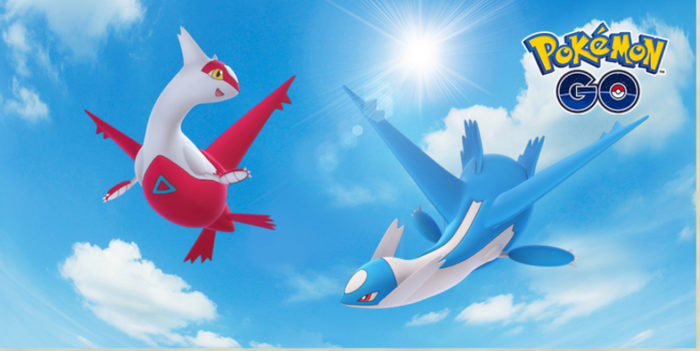 Starting today, Pokemon GO players around the world will have access to two new legendary Pokemon, Latios and Latias. These two legendary Pokemon originally appeared in the third generation of the mainline Pokemon games (Ruby, Sapphire, and Emerald), but now, the eon Pokemon are appearing in raid battles until June 5. Latios and Latias are known for being some really intelligent Pokemon that even have the ability to communicate with humans, telepathically of course.

Remember Pokemon trainers! Latios and Latias will only be able to be found in raid battles until June 5, so prepare your team and make sure to have the proper preparations; who knows when you’ll have this chance again to snatch these two legendary Pokemon.

Pokemon GO is currently available for iOS and Android devices. Let us know which one of the two eon Pokemon are your favorite and which one do you think you’ll be using in battle once you catch them!