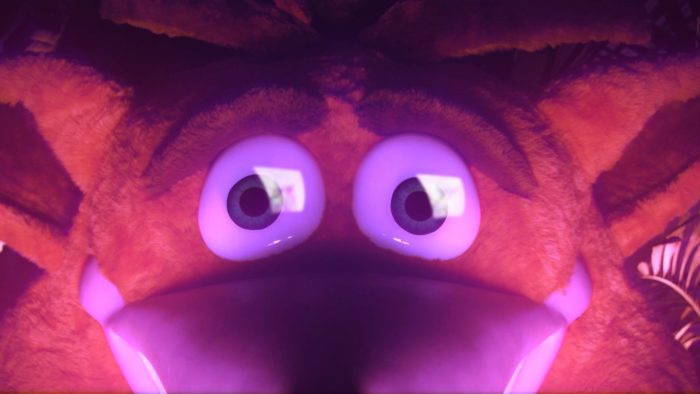 Ever since the release of the Crash Bandicoot N’Sane Trilogy fans of another prominent PS1 trilogy have been pining for their own remake. Spryo the Dragon was the other big platforming name back in the day, and the time seems ripe for the fiery dragon to make a comeback. It has been a strange road since then, with rumors swirling left and right about a “Spryo the Dragon: Treasure Trilogy” remaster in the works.

If you go all the way back to last July, that’s when rumors really first started cropping up. In the original version of Crash Bandicoot Warped you could unlock a demo for Spyro by pressing up, up, down, down, left, right, left, right and square. As reported on by Kotaku Australia, doing this in the remaster doesn’t bring up a demo, but does have a specific effect of taking away the white background, only in Warped. This is a pretty big stretch to say it’s really hinting at a Spyro remaster, but it set the rumor mill turning.

Moving to August, an Activision earnings call reported that the Crash Trilogy was a huge success, and the company now had another IP in mind for remastering. This, of course, led everyone to flipping their lid thinking it was Spyro. Still, PlayStation Experience came and went with not one mention, not one uttered word about Spyro the Dragon.

Then, seemingly out of nowhere, a report from Kotaku in February circulated that a Spyro the Dragon trilogy would indeed be announced in March. The report was quite detailed and said the remaster would contain the three original PS1 games. And so we waited, and again out of nowhere, a rumor popped up on March 15 that we’d get an announcement of the Spyro the Dragon: Treasure Trilogy the very next day, according to Reddit user B4DASS. The user had previously made a correct prediction about the Black Ops 4 announcement, giving him some credibility, but alas the Spyro news was fake. He even came out later admitting that he was completely trolling. What a way to crush fans dreams huh?

At this point, Spyro fans had certainly had enough of rumors and waiting, but well, it doesn’t stop there. The newest development in this weird saga involves a strange package from “Falcon McBob” being sent out to multiple members of the games press, including IGN. Inside is a purple egg with a note that simply says “Something is about to hatch.” There’s little to no indication on where this egg is from, but the ridiculousness of everything has even sites like Forbes wondering if they should break it open.

Adding more fuel to the fire, a Twitter account for the infamous Falcon McBob was created this week, with the name @SpyrotheDragon. There’s also a Facebook page for Falcon McBob that has pretty much…. nothing. The account was followed by the official Crash Bandicoot Twitter, and today sent out this strange tweet.

This whole saga is a little tiring, and for all we know this newest development could be nothing more than an elaborate hoax. It certainly seems like a lot of work, but stranger things have happened. If there is a Spyro remaster in the works, it really needs to be announced already. Until then, we’re all left scratching our heads at all the strangeness.