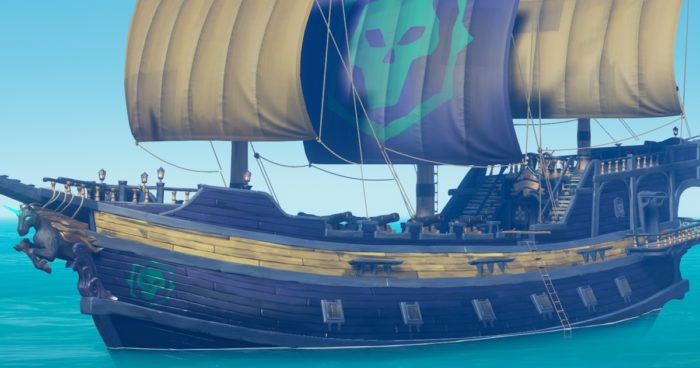 One of Sea of Thieves’ most difficult feats to achieve is attaining the rank of Pirate Legend. You’ve got to really grind it out if that’s something you’re interested in doing, but it’s going to take you quite a while. But once you do end up reaching that rank, you may find that it’s not everything you were expecting. Being a “legendary pirate,” as it were, isn’t all that it’s cracked up to be.

What do you get? Well, you get a new title and hideout, but aside from that it’s like you did all that work for nothing, or at the very least nothing that you can discern from others’ follies. That’s why Sea of Thieves has introduced a new Pirate Legend ship exclusive to players who real that rank. You can purchase a figurehead, hull, and sails exclusive only to those who have made it that far in the world.

It’s a pretty great-looking ship that will certainly set you apart from others as you’re sailing around in the world, and it’s one more step to making things feel a little more meaningful in Sea of Thieves in general. Granted, it’s another cosmetic option when fans have been clamoring for something other than cosmetic options, but…hey, it’s a start. Becoming a Pirate Legend is something of a reward in itself, you know.