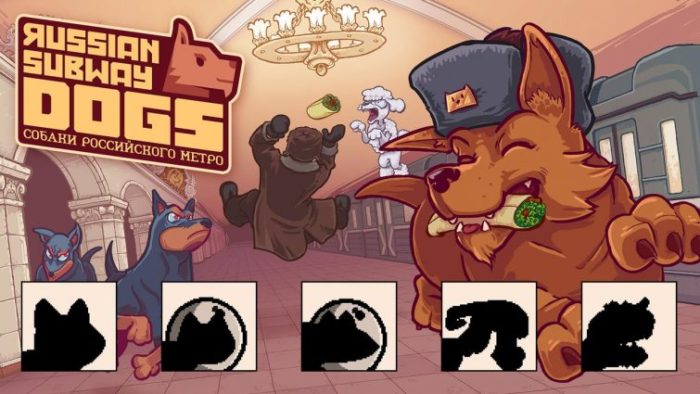 It’s a hard dog life in Russia, apparently. Developed and published by Spooky Squid Games, Russian Subway Dogs is an action-arcade game in which players direct strays in search of food to human NPCs traveling the subway station.

Inspired by the real stray dogs of the Moscow Metro, players will have to choose which foods to eat and which to ignore according to the effects it might have on their hungry pup. Certain food will nourish, while others might make your furry protagonist sick, or even have him barking spicey flames!

But power-ups will come in handy as other creatures, such as bears, pigeons, elk, and other dogs roam the subway looking for trouble. You can even juggle a bottle of Vodka toward a group of people and watch it explode as it hits the ground thanks to your firey breath!

Campaign mode has players moving from one station to another to overcome challenges presented by the Proletaricat, your feline leader. Russian Subway Dogs also offers an endless mode for players who want to reach the highest spot on the online leaderboard.

Special animal guests from around the internet make an appearance, including Question Hound from KC Green’s Gunshow, perhaps better known as the “This is fine” dog. You can check out the rest of the famous animals making an appearance over on the PlayStation blog.