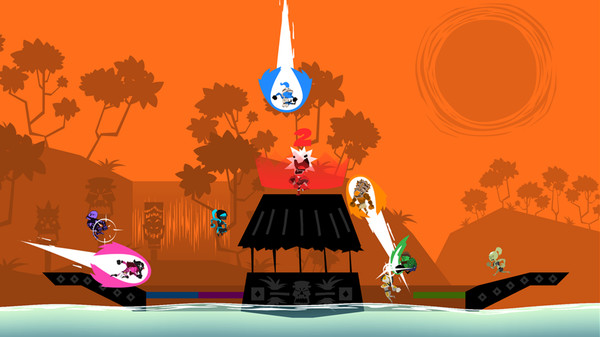 Headup Games’ upcoming Runbow has been delayed a few weeks from coming to PlayStation 4 and Nintendo Switch. Previously coming to both consoles on April 24 as announced earlier this year as a digital release date, we’ll now be waiting around for a new projected release time. Headup Games will be announcing that at a later date.

It’s not just the digital version that’s been pushed back, though. The physical “Deluxe Edition” that was targeting a June 14 release will likely be affected as well. According to Headup Games, it will likely “shift back a bit.” There wasn’t any additional explanation on what caused the delay or how long it might be, but when those details are released, we’ll be sure to pass them on.

The platform racing game finds players working against each other to be the first one to reach a special trophy at the end of the level. There are several different modes to play in, such as “Master the Bowhemoth” as well as King of the Hill and Arena modes, which are pretty standard in titles like these.

If you’re looking forward to trying out Runbow, it’s available on Wii U and other platforms. You’ll just have to wait a little bit longer if you want to play on PlayStation 4 and Switch in the future.