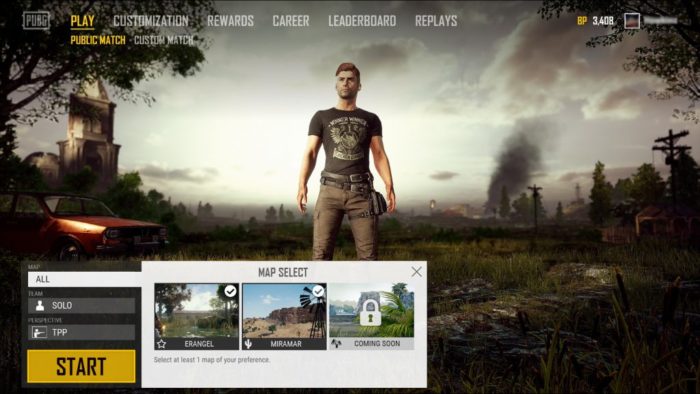 The latest update for the PC version of PlayerUnknown’s Battlegrounds arrived today, giving the option to select maps, tweaking damage for some weapons, and adding new content, according to developer PUBG Corp.’s patch notes.

Announced last week, players will now be able to select which map they want to play. The only two maps available are Erangel or Miramar, since the Codename: Savage map is currently in testing. The community has clamored for this feature for a few months since the release of the Miramar map, with some players disliking so much as to edit the game’s files to remove the map from matchmaking.

Miramar also received changes in the update by placing small buildings near towns and cities, reducing the number of buildings in cities, and adding more trees and rocks “to provide some additional options for cover in wide-open spaces.”

Other additions to PUBG include the new four-seat Mirado sedan exclusive to Miramar, the SLR designated marksman rifle (DMR), new attachments, and the ability to change reticle style and color on select scopes using the Page Up/Page Down keys. Check out the full list of changes in the patch notes.