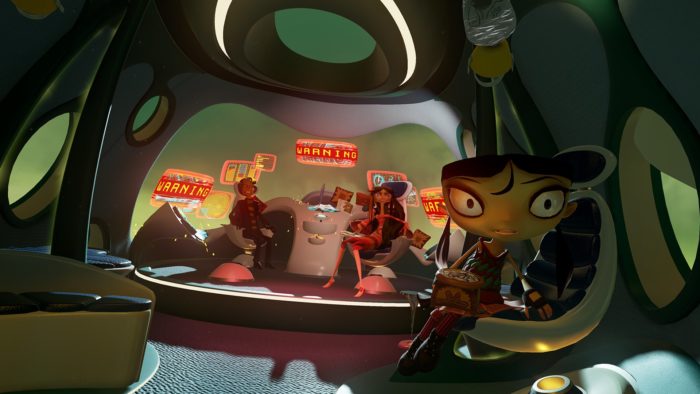 Can’t wait to get your hands on Double Fine Productions’ upcoming Psychonauts 2? You’ve got Psychonauts in the Rhombus of Ruin to tide you over right now, and there’s a new launch trailer to hungrily devour for the moment. The first-person adventure connects the original game with the sequel, and it’s not a 3D platformer this time around. Instead, it’s a first-person puzzle-focused game that plays a lot more like a point-and-click adventure.

Players take up the mantle of Raz, who always remains seated instead of running around the game world like you normally would be. You need to use Raz’s special clairvoyance ability to look “into” other rooms rather than relying on the “blink” teleporation mechanic.

It’s not the same Psychonauts game you may have been looking forward to in several different ways, but it should at least scratch that itch you’ve been trying to satiate since you finished the first game, right? And if you’re interested in playing, make sure you have PC-based VR like Oculus Rift or HTC Vive or PlayStation VR so you can get your Raz on.

The launch trailer should have plenty of footage to whet your appetite for all things Psychonauts, so give it a look before you make your purchasing decision.