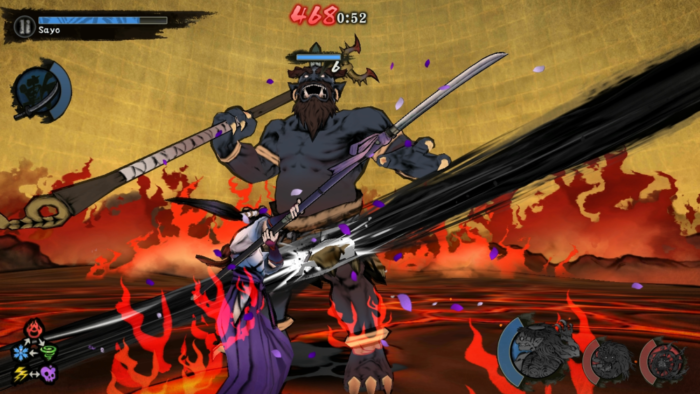 Platinum Games has teamed up with mobile game publisher DeNA to release action game World of Demons for iOS and Android devices this summer.

The game takes place in a version of medieval Japan in which the world has been taken over by demons, or Oni. These demons have in turn corrupted the previously docile Yokai, or monsters appearing in Japanese mythology, which are now attacking humans. Now humanity’s last hope lies in samurai who take on the demons.

Players will take the role of a number of these samurai as they hack away at enemies while dodging incoming attacks and calling on friendly Yokai minions. These minions will support players with buffs, support techniques and attack spells.

A number of game modes will be available to play, including a Skirmish story mode in which players save the world from the demons. A competitive multiplayer mode called Yokai Showdown has players pitting their minions against each other to move up the ranks. Another multiplayer mode, Samurai Stronghold, is cooperative, with players teaming up to take on some of the most powerful creatures in the game.

World of Demons will release for free this summer but will have in-app purchases available. Preregistration is available here.