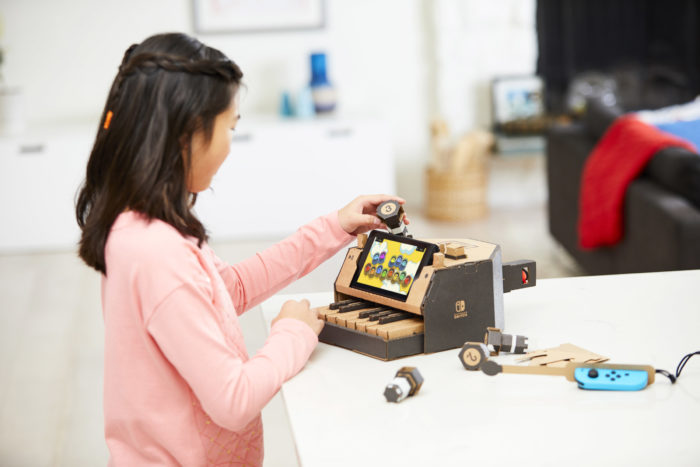 Could this be one of the first live Nintendo Labo performances ever? It certainly looks to be the case, as DJ @xCritStrikex took to the stage during Chip Bit Day in Manchester, England for a brief set featuring the Labo’s toy piano. In the clip posted to Twitter, you can see the DJ clinking away on the adorable little piano you can create using the Nintendo Labo Variety Kit.

Now, it doesn’t seem very practical to build the Toy-Con Piano and take it around with you to stage shows, but it’s certainly an inventive way to get results while using some of Nintendo’s newest and coolest tech.

Perhaps Nintendo Labo enthusiasts can work on something awesome in the future, such as additional musical instruments that could be folded into the same kind of live-action stage show, which would certainly make for a very cool chiptune stage set. Now that the Labo’s out for everyone to tinker with, it wouldn’t be out of the realm of possibility to see these things happen in the near future — especially when folks can just sit down and make their own creations via the Toy-Con Garage, where just about anything can happen.

Have you made anything interesting with your own Labo kits recently? Think you’ve got what it takes to make music with a Toy-Con Piano? Let us know what you’ve come up with in the comments below.