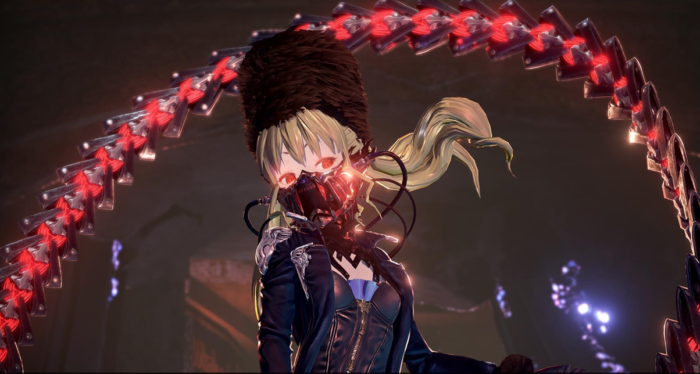 Bandai Namco Entertainment has released a new gameplay trailer for Code Vein, offering a glimpse of what the game’s combat has in store.

Similar to the last few trailers, the new video shows the game’s main character fighting their way through snowy terrain and dilapidated ruins alongside a rifle-wielding comrade. Armed with a heavy, two handed saw blade, the main character rends through enemies with powerful strikes at the cost of being left open to attacks should they miss. The trailer also shows off some of the cinematic finishers that can be deployed when enemies are low on health, with the main character summoning metallic hell hounds to rip enemies asunder.

First revealed last year, Code Vein is a Dark Souls-inspired action adventure RPG developed by the same team behind the God Eater series. Set in a post-apocalyptic world where the surviving inhabitants require blood to survive and activate their supernatural powers, players must make their way through hoards of maddened and disfigured foes to ensure the survival of both themselves and their comrades. The game is currently slated for a 2018 release on PlayStation 4, Xbox One and PC.

For more on the game, check out our feature on why Souls fans shouldn’t let Code Vein fall off their radar.