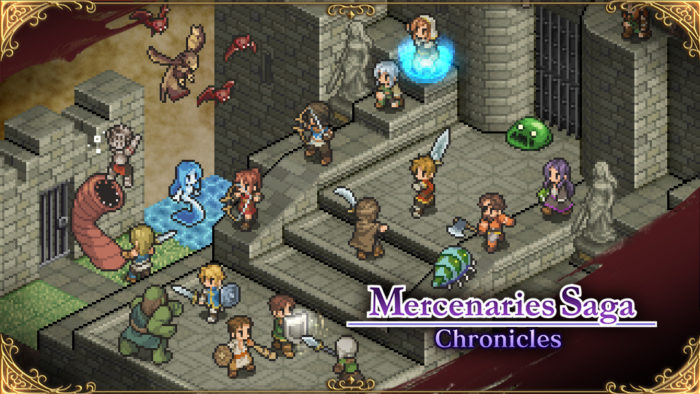 Mercenaries Saga Chronicles bundles together all three Mercenaries Saga games that originally released on mobile. The compilation has been available on the Switch eShop since February. The game are similar to something like Final Fantasy Tactics, both in their story and visual style. Here’s an overview of the game from PM Studios, and you can see the announcement trailer down below.

“The Mercenaries Saga series, made up of Mercenaries Saga: Will of the White Lions, Mercenaries Saga 2: Order of the Silver Eagle, and Mercenaries Saga 3: Gray Wolves of War, offers hours of tactical RPG gaming to Nintendo Switch owners, all in one game package! Your decisions and mid-battle strategic choices will determine the fate of your squad of warriors. Your job is to cleverly move your squad across the play grid, attacking opponents as they come within range. Your effectiveness in battle is determined by character classes and equipment, which is under your complete control before heading into battle. With each victory you’ll gain experience and skill points, which you can use to level up your characters and boost their stats in preparation for the next fierce battle. Your choices both in and out of battle will determine how the story progresses and, ultimately, how it all ends!”

Mercenaries Saga Chronicles is currently available on Nintendo Switch digitally. We’ll make sure to update you once a firm release date is announced for the physical version.