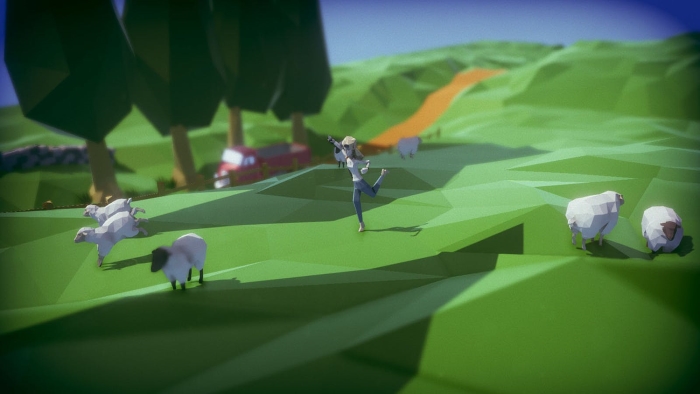 Swery’s latest game, The Good Life, is up right now on Kickstarter looking to find funding after the game’s first failed go-around with crowdfunding platform Fig. With 32 days to go, at the time of this writing it’s amassed $209,843 of its $639,306 goal, with 4,399 backer looking to try the game out if it ever does come to fruition.

The “daily life RPG” is being worked on by Swery’s White Owls, Inc. and a development team lead by the creator of Panzer Dragoon and Phantom Dust himself, Yukio Futatsugi. You play as a journalist form New York named Naomi, who ends up amassing a pretty big debt that she has to pay off. She heads to the town of Rainy Woods to pay it off, and while doing so she finds herself having to take on odd jobs as a photographer.

The game has plenty of time left to reach its funding goal on Kickstarter, so it’s possible it could end up coming to fruition this time around, which would be great news for anyone looking for a new game marked with that distinct brand of Swery weirdness. If you’re interested in backing it, you’ve got plenty of time left to go, and there are some decent perks up for grabs.