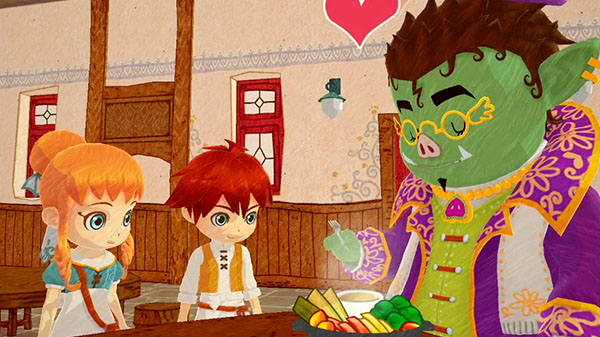 Yasuhiro Wada, the “father” of Harvest Moon, has an adorable new game on the horizon called Little Dragons Cafe, and it’s coming out later this year. It’s one of the cutest things we’ve seen this year, and Aksys Games and Toybox Games have released a debut trailer showing off some of what’s going to go down in the game — presumably lots of dragon-related, fun stuff and cafe management, as the title suggets.

Harvest Moon creator Wada’s latest game follows a twin brother and sister pair as they work to learn how to cook and manage a small cafe while working under their mother. One day, she falls into a deep sleep and can’t be woken. A weird old man appears and tells the twin that they need to raise a young dragon from an egg in order to save her, so they get started working at the cafe, all while raising the dragon.

Little Dragons Cafe is coming to PlayStation 4 and Switch this summer, so you’ve got plenty of time to get used to raising a scaled creature if the prospect still seems weird to you. You can check out the trailer below for a glimpse at what could be one of the cutest cafe sims out there coming in 2018.