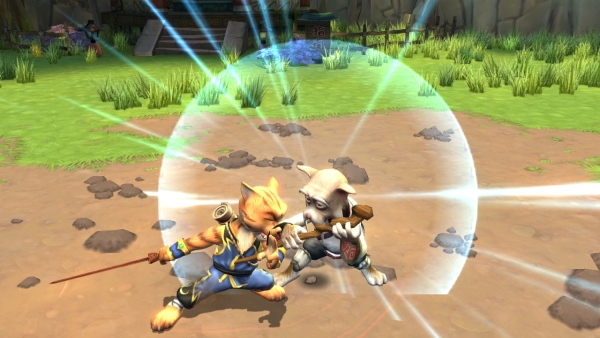 If you missed Legend of Kay Anniversary when it first debuted on PlayStation 4, PlayStation 3, Xbox One, Wii U, and PC (and the console gen before that) then you’ve got another round to work with: It’s coming to Nintendo Switch this summer, so you’ll have another classic platformer to add to your Switch collection soon!

The Switch release is set to debut on May 29 this year, so you’ll be able to take it with you wherever you go. If you’re unfamiliar with the game, Legend of Kay Anniversary features a remastered version of the original Legend of Kay, with new high-res textures, detailed character models, surround sound, new rendering techniques, and more. It features over 25 levels with minigames and 15 different enemy types and online rankings to test your mettle against other players around the world.

It looks like a pleasant enough remake, with plenty of content to keep you busy, and if you need to brush up on those dusty old platforming skills you can jump over into other similar games since you’ll already have your Switch, too. It’s possible that it might even help you up your Super Mario Odyssey skills. Or not. It’s worth giving a try either way!