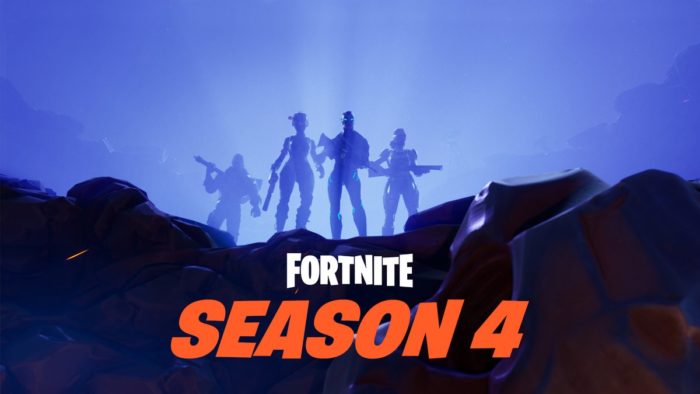 The Fortnite season 4 hype train is continuing to roll into the station, with the official Fortnite Twitter account posting its latest teaser, stating that fans should “brace for impact!” and “witness Season 4 tomorrow.” The image has changed from a comet speeding toward the ground with superhero-like characters inside of it with four heroes standing in what looks like a meteor crash site. It certainly looks like the rubble of something that’s been destroyed, something we’ll have to look forward to when the meteor that’s supposedly falling to the ground finally does fall.

We still don’t have all the specifics when it comes to what we can expect from the start of season 4, but we know there’s something pretty wacky coming,

We should start seeing the real fireworks happen either today or tomorrow, and depending on what happens, we may very well start saying goodbye to one of the zones in Fortnite when the meteor hits. Where it’ll crash, however, is anyone’s guess. While many players still theorize it’s Tilted Towers, anything is possible. We’ll be following the situation to make sure you know exactly what’s happening as the game undergoes one of its biggest changes yet, so keep it locked to Twinfinite for all the latest developments.