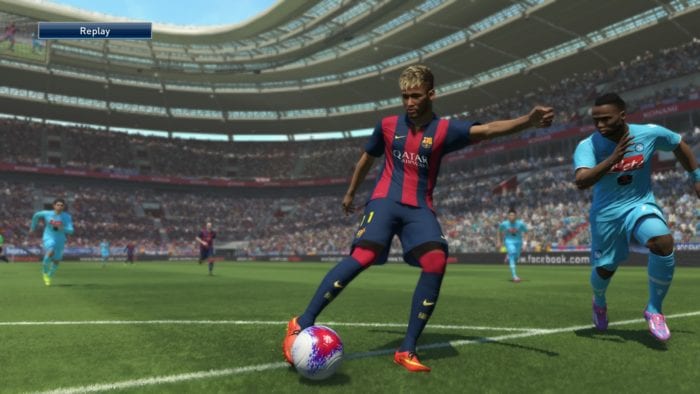 It’s easy to hate Konami these days. The company has recently made more than a few decisions that infuriate gamers to no end, most notably the entirety of Metal Gear Survive. However, Konami has still done some good in the past several years with its licensing deal with the UEFA, but even that is coming to an end. Sort of.

The UEFA, short for the Union of European Football Associations, is the de facto administration in charge of European football (remember… soccer is called football in Europe). Earlier today, the organization announced it would end its “successful and fruitful” decade-old deal with Konami after the UEFA Champions League finals in Kiev. This deal gave Konami the exclusive rights to feature the UEFA Championships League competition in its long-running Pro Evolution Soccer (PES) franchise.

“It has been a very cooperative and mutually beneficial partnership,” stated UEFA marketing director Guy-Laurent Epstein. “UEFA would like to thank Konami for its tremendous commitment and support to UEFA club competitions for the last decade and we look forward to continuing to work with Konami in the sphere of UEFA national team football.”

PES, despite being officially licensed by the UEFA, has received a good deal of criticism as of late, which range from inferior PC ports to insulting microtransactions and missing features. While not without its own problems, EA’s FIFA franchise, PES’ main rival, has pulled ahead in terms of popularity.

While we do not know if any these factors played a part in the decision to end the licensing deal, the UEFA and Konami still intend to maintain a close relationship. Senior director of brand and business development for Konami Jonas Lygaard explained the company will “continue to explore alternative ways UEFA and Konami can continue to work together, as our relationship remains strong.”

While this decision is likely not the end of the PES franchise, without the UEFA Champions License, PES could easily find itself in a losing battle with FIFA in the coming years.