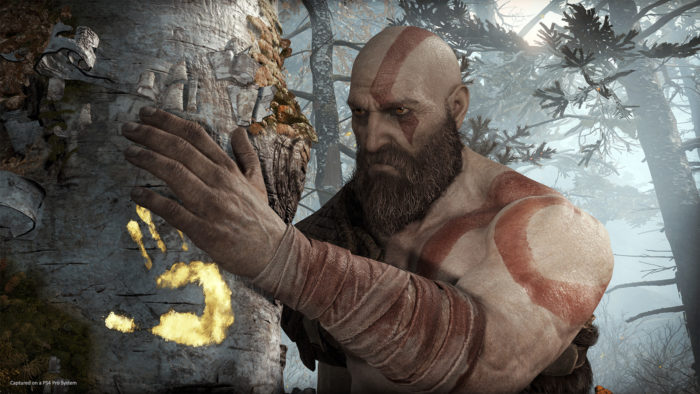 God of War is just around the corner, and this entire week Sony has been ramping up its marketing around the game. The latest in a series of trailers is called “The Journey of Kratos,” and details what the character has gone through since the end of God of War III to the start of the new one.

God of War Director Cory Barlog says “There’s a period of time where he’s kind of wandering the earth, alone. And he believes that being alone, is probably better. He thought his interactions with other people were the problem, but the reality is he has internal problems, and he need to face those, to deal with them.”

This show the team’s bigger emphasis on storytelling and character this time around. To Barlog Kratos has hit rock bottom emotionally, and he’s more open, even if it’s subconsciously, to change. Atreus is a big part of the new game in that regard, as he creates a vessel through which the team can draw out Kratos’ emotions and inner thoughts. You can see all of Barlog’s comments on Kratos in the video down below.

God of War launches on April 20 exclusively for PlayStation 4. We were impressed by the new title in our review, praising its combat and overall presentation, despite a few niggling issues.