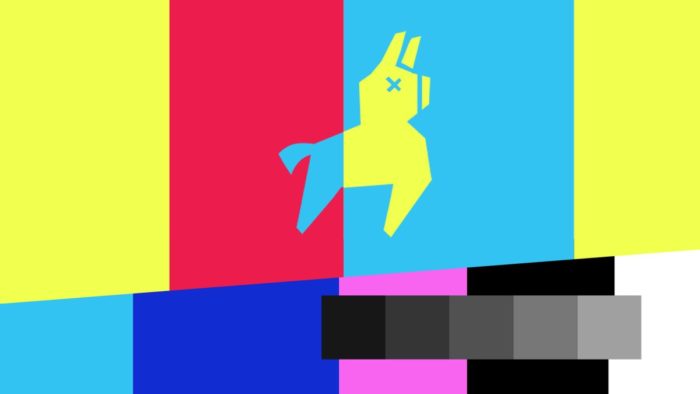 Update: The Meteorites are crashing now. What does it all mean though?

Unless you’ve been living in the depths of Shifty Shafts, you’ve probably seen or heard plenty about the meteorite that’s looming overhead. While it’s generally believed that the meteorite or comet isn’t just there to look pretty, exactly what it’s going to do or bring remains to be seen. The general belief among Fortnite Battle Royale players is that it’s headed straight for Tilted Towers, wiping it off the map in the process, or replacing it with an entirely new named location. These mysteries of Fortnite haven’t been made any clearer by Epic Games, either, who seems intent on fueling the rumor mill with cryptic messages and teases.

It all started a week ago, when players began noticing that rather than just the one, solitary meteorite hanging in the sky, others could be seen speeding low, overhead across the map. Ultimately, it just served as a reminder that yes, the meteorite is still a thing, and it’s going to have some sort of effect. None of these ever crashed or resulted in any other major breakthroughs about what this rumored meteorite event would bring to Fortnite Battle Royale.

But then things got a little weirder this week. Rather than the usual downtime maintenance taking place on the Thursday as it has done for quite some time now, Epic opted to do so on Tuesday, instead. Aside from receiving the new Clinger weapon and a self-service cosmetics return system being introduced, the update was largely otherwise no-frills. Or so it seemed on the face of the patch notes.

However, atop one of the tallest towers in the seemingly-doomed metropolis, players found some mysterious signs in a new outdoor living area. Added in as part of the update, the signs certainly elude to the meteorite, Tilted Towers, some strange goings on, and uncertainty over when it’d happen. You can check them out for yourself below, but in a way, it’s almost as if Epic are having a bit of lighthearted joke at all of the different theories and rumors circling the meteorite and Tilted Towers’ possible limited time left in Fortnite Battle Royale. For example, for a while the date that was being thrown around for when the impact would go down was April 18, hinted at by the weird controller vibrations that plagued the game. While others (ourselves included) think it’ll be an end of Season 3 event to close it out in style, and mix things up for Season 4. Is the Today/ Tomorrow sign you can see below making a bit of lighthearted fun out of the many different theories? An actual clue of some sort? Or perhaps just a neat thing to make Fortnite Battle Royale’s world feel inhabited?

There’s also basically a “We <3 Tilted Towers” sign, one of a meteorite, and another of a UFO in a heart. Speaking of a UFO, it just so happens one popped up right next to the comet, too. No, for real, like, it’s in the sky. It’s tiny, but still mysterious all the same.

And then yesterday happened, and the rumor mill went into overdrive as Fortnite’s Twitter account tweeted out an emergency broadcast image with its iconic Llama in the center. That was followed by the same image being made the account’s banner on Twitter. Weird? Absolutely. But with the whole meteorites flying overhead, its meaning seems quite apparent. Fast forward a few hours later that day, and Fortnite undergoes some downtime to fix a login issue that some players had been reporting. Yet, when the servers come back online, all of the TVs in the game, whether they’re in Tilted Towers or not, have the same emergency broadcast image on, with a strange sound being emitted, too.

Now, according to TwoEpicBuddies – who have been digging deep into Fortnite’s files and data mining away for any hints – Epic Games also added some sound files for the TV, one of those being a morse code message. Apparently, the eight-second clip, which can be found in the replies to the tweet, spells out “They don’t want us to k…” That last word’s almost definitely ‘know,’ but that just poses the question of who or where this message is from, and what don’t they want us to know?

The appearance of the UFO in the sky, the sign, and the TV broadcasts all support the notion that aliens or UFOs could also have some part to play in whatever event is coming to Fortnite Battle Royale more than likely before Season 3 ends on the last day of the month. But with all of these little clues and hints at what’s coming up, it muddies the waters of exactly what players should expect. If UFOs do have some part to play here, do they come in peace? Is that why the sign suggests we love UFOs? Do they save Tilted Towers from the meteorite? Or are they here to help finish the job the meteorite starts? Perhaps they’ll even become a regular part of the game in Season 4, abducting players and moving them randomly around the map to mix things up a bit. This is all our speculation, but hopefully it clarifies our point a little. All of these Epic Games teases have made it incredibly tricky to work out exactly what to expect. This may be more than just a meteorite crashing into Tilted Towers.

At least we (hopefully) won’t have to wait too much longer for the meteorite (and possibly UFOs?) to finally touch ground and see what they bring to this unstoppable battle royale juggernaut.