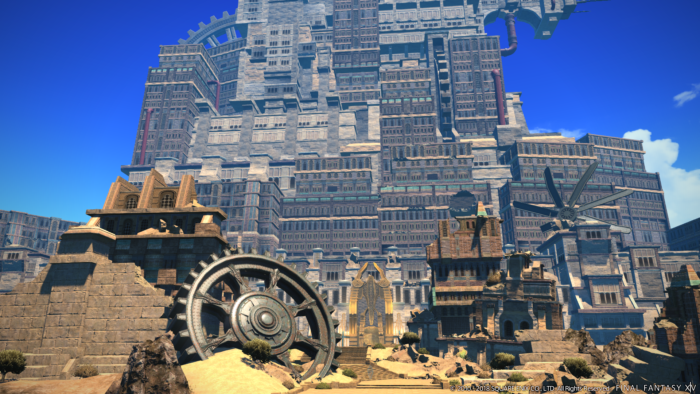 Square Enix has teased more of the upcoming Final Fantasy XIV Patch 4.3, Under the Moonlight, with a new batch of screenshots. The images give us our first glimpse of the latest chapter in the Return to Ivalice Final Fantasy XII-inspired series raids, titled The Ridorana Lighthouse.

South of Rabanastre, in a remote corner of the Valnard Sea gapes a fathomless maw that, for centuries, has been slowly devouring Hydaelyn herself─Ridorana. Many claim this magnificent cataract to be the very gate to the Hell of Water, as none who have braved the trip over the edge have returned to tell their tale. On the fringe totters a wind-blasted isle home to a crumbling spire once used by the Dalmascans as a lighthouse to warn sailors of the nearby peril. It is into this lighthouse that the transformed Ba’Gamnan has fled. It is into this hell that you must follow.

Check out the screenshots below:

One major new quality of life feature brought about by the update is the ability to join linkshells cross-server, even if it’s limited to worlds on the same data center.

Elsewhere, you can now return equipment used with the glamor dresser, and there’s a neat new guestbook function for your house that records messages from other players who have visited.