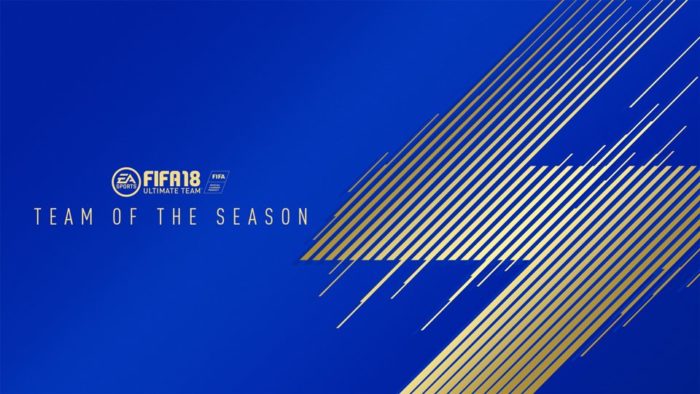 FIFA 18 Ultimate Team’s promotional events have been a mixed bag this year. Leaks aside, Futmas had regular content and fun SBCs, and Spring Path to Glory featured a great squad, but Swap Deals was poorly implemented. This weekend, the biggest promo of the year begins, Team of the Season (TOTS), with hundreds of new players likely to be added to the game over the next month, making the end of the season exciting for FIFA fans. However, EA Sports needs to ensure that it isn’t a repeat of last year’s event.

That’s not to say last year’s was bad, just underwhelming. We got the same teams, filled with the same players, as we had done every year previously, without much else to get excited for. Week by week, new teams would be released, you could complete some themed SBCs, and there’d be one TOTS player winnable from the Daily Knockout Tournament (DKT). Aside from that, until the end of the promo at least, there was very little else to work towards. The repeatable Guaranteed TOTS SBC that came toward the end of the event was fun, but it arrived once most of the hype had died down.

Fans expected FIFA 18’s promos to be a step forward this year, but have been left mostly disappointed. The addition of themed and upgrade SBCs for most promos adds another way of working towards the new special cards, but there’s been a distinct lack of variety. Path to Glory and Ones to Watch are essentially the same Promo, but with different looking cards and differing running times, Futmas and ScreamTeam are the same as last year, and many of the players in themed SBCs are overpriced.

Team of the Season is the most exciting promo of the year, every year, and it needs to be better than last year’s effort and this year’s other events. The teams themselves will likely be the same style as usual, giving huge stat boosts to the best players of the season from each league, and that’s fine, but we need to have more ways of unlocking them. TOTS needs to flood Ultimate Team, every mode should be themed around it in some way, offering players the chance to win cards by playing. Of course, there should be a TOTS card winnable from the DKT (likely a ‘just missed out’ player, as has been the case before, but entries should be limitless so that lower level players have more of a chance of winning it as the week goes on and the better players move away. Rewards in FUT Champions should change so that each level offers a minimum of one TOTS player. Squad Battles should be the same, offering a ‘Team of the Season’ pack for the higher ranks, or choosing one player, who’s card improves the higher the rank you are, rewarding everyone that plays.

Team of the Season upgrade packs should return again in FIFA 18, but they should be available from the start of the event, not just at the end. This will ensure that all TOTS cards will have value on the market, rather than being worth no more than discard value. Daily and Weekly Objectives should also change to celebrate the mode, allowing players to work towards TOTS based rewards. Not necessarily offering a TOTS card, but giving them a chance of doing so. There could also be a new tournament section, like during FIFA 16’s Futties promo, that rewards you with better TOTS cards the more times you win. All of this would be perfect for the first squad, the Community Voted team, because they’re traditionally lower rated and easier to pack.

FIFA 18’s Team of the Season needs to be more of a celebration than it was last year; a promo event that envelopes the whole of Ultimate Team and involves everyone that plays the game. Whether you spend lots of money or none, or whether you play the game all the time or rarely, you should have the chance to get a TOTS card. That can be through the luck of SBC packs or skill in tournaments, it doesn’t matter, the Promo just needs to be integrated to the level that’s above last year, getting people more excited than they have been before.