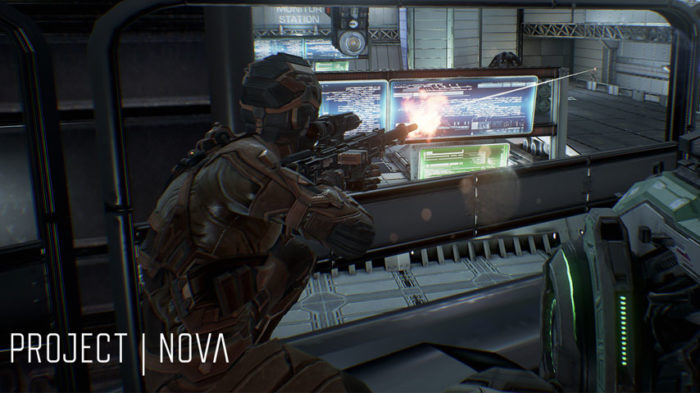 We haven’t seen the last of Project Nova, the free-to-play first-person shooter under the Eve Online universe umbrella. It looks like it’s coming as part of a full reveal, as introduced via Eve Fanfest’s festivities, going on today.

While we previously hadn’t heard ever so much as a peep out of the game’s development, instead more about console shooter Dust 514’s cancellation and the new mobile game based on the Eve universe, it looks like it’s Project Nova’s turn to shine. Revealed over two years ago, players can now sign up via official Eve website ahead of a full reveal that’s on its way. Finally!

Project Nova is set in the Eve Online universe, which takes place in New Eden, but at launch it’ll feel less “connected” to its parent game. CCP Games says that in the long term, plans will be made to bring it into one connected universe, but the plan first and foremost is to “make a great shooter.”

You’ll battle with others across spaceships and stations, with planetary conflict possible after the game does launch on PC. There’s a full launch planned for the coming months, which should be great news for fans still under the impression it wouldn’t be seen for the next few years. Looks like in the Eve universe, not everything has to move slowly!