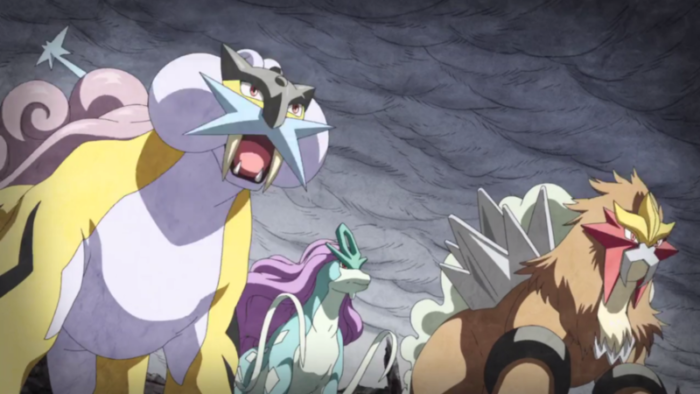 It’s time for more Legendary Pokemon to appear this month, and The Pokemon Company International has just announced that Legendaries Raikou and Entei will both be coming to Pokemon Ultra Sun, Pokemon Ultra Moon, Pokemon Sun, or Pokemon Moon in a campaign working in tandem with Target at participating locations. Starting April 22, you can head to a Target store near you and nab a card with a code that you can redeem in-game.

Depending on which game version you have, you’ll get one of the Legendary Pokemon as well as an extra gift in Ultra Sun and Ultra Moon. The cards will be given away until April 29, so there’s a little time available for you to be able to nab the monsters and get them loaded into your game.

Entei is a fire-based Pokemon that was supposedly born from an erupting volcano and Raikou can shoot bolts of lightning from the rain cloud mane on its back, which make both of them fearsome and powerful creatures. You can check out a chat with the developers at Game Freak discussing the Pokemon and what they bring to the table in the video below for some additional insight into their creation and roles in the game.