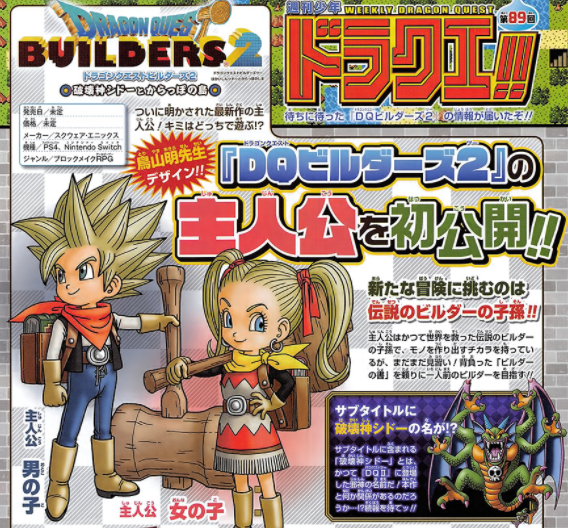 Dragon Quest Builders 2 now has a subtitle and we have new information about the game.

The full title of the game, according to a Siliconera translation of the current issue of the weekly manga magazine Jump, is Dragon Quest Builders 2: God of Destruction Malroth and the Empty Island.

That’s a long title, but it reveals something about the game. Malroth, the final boss in Dragon Quest II, will almost certainly make a return.

In the second game, the male and female heroes wash up on the Empty Island (see: ridiculously long subtitle), which they’ll have to rebuild themselves using objects from the island and things that wash up on the beach.

While a release date has yet to be announced, Dragon Quest Builders 2: God of Destruction Malroth and the Empty Island will be releasing for the PlayStation 4 and Nintendo Switch.