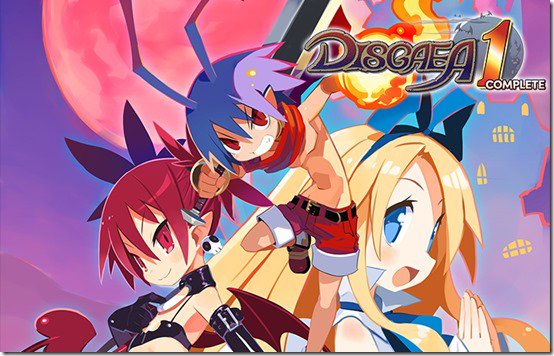 NIS America has announced that Disgaea Refine, the HD remake of the very first Disgaea, will be making its way west this fall on PS4 and Switch with the title Disgaea 1 Complete. The game retains the same gameplay of the PS2 original, but introduces a gorgeous new coat of paint onto everything.

The remake coincides with the 15th anniversary of the Disgaea series, and can easily serve as an introduction to new players. Here’s a bit more on Disgaea 1 Complete from a post by NIS America over on the PS Blog,

“Disgaea 1 Complete will show fans the origins of this critically-acclaimed strategy RPG series that took the West by storm back in 2003. For those of you who are new to the Disgaea franchise, this is the true beginning of it all and definitely a game you won’t want to miss.

The story begins as Laharl awakens from a two-year slumber when Etna, one of the castle’s (devious) vassals, informs him that his father (King Krichevskoy) has died. The young prince realizes what he must do and vows to reclaim the throne. Along the way, he meets Flonne, an angel trainee who was sent from Celestia to assassinate the already-dead King Krichevskoy, but instead follows Laharl and Etna to see if demons are truly heartless. With its rag-tag team of unlikely heroes, this zany and over-the-top story illustrates just why the series is renowned in the West for being “uniquely Disgaea.”

And now, the original is back and better than ever! With classic elements of gameplay combined with modern HD graphics, players can get lost in the fast-paced strategy RPG action and roller-coaster storyline. Over-the-top level caps (Up to 9999!) and damage upwards of hundreds of millions await. Not happy with how things are going in your game? Vote in the Dark Assembly to change the rules of the Netherworld, or obtain nostalgic items like the Horse Wi… Actually, we’ll let you finish that sentence.”

Disgaea 1 Complete will launch sometime this fall on PS4 and Nintendo Switch. We’ll make sure to update you once a proper release date is announced.