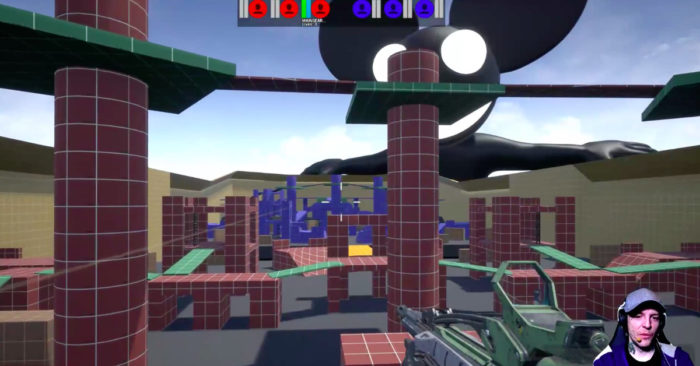 It looks like popular EDM musician Joel “Deadmau5” Zimmerman is jumping on board the whole game development train, as after being spotted streaming “mad early” alpha footage of his own game on Twitch. It looks very much like the musician is working on bringing out another arena shooter, which the industry is already quite densely populated with, but that could always be an incorrect assumption.

mad early “alpha alpha” testing… but making great progress with the team. For now, consider it a pet project… give us a year at least. https://t.co/z63JrAC6UQ

You can see the game in action below, with an enormous Deadmau5 statue seen in the background, though the man himself won’t confirm or deny what type of game it is that he’s hard at work on. It could end up being an interesting new project, but we won’t know much more about it until he’s ready to share.

“[This is the] best I can do for a statement for this early in development,” said Deadmau5. We’ll have to be patient and see what all he has in mind.