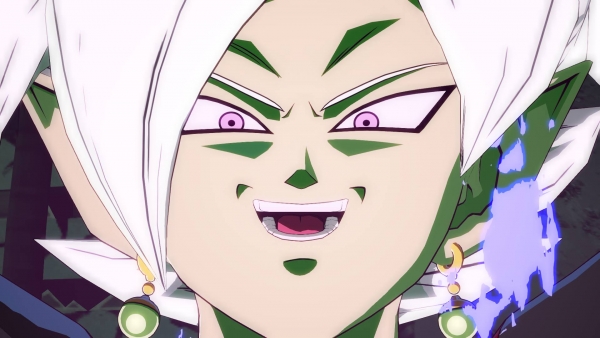 Looking to add another character to your cache of fighters in Dragon Ball FighterZ? Feast your eyes on Fused Zamasu, the newest character to be added to the fold in the popular fighting game based on Dragon Ball, Dragon Ball Z, and Dragon Ball Super. The character is eventually coming to platforms including PC, Xbox One, and PlayStation 4 as a new playable fighter, but there isn’t a release date in mind for him just yet.

Zamasu will have the “Holy Wrath” special to fight against others with, where he’ll use a huge energy ball and fire it straight from his fingertips. He’ll also be able to use the special Lightning of Absolution, where he makes it rain dangerous thunder all across the battlefield.

For the uninitiated (and beware, possible spoilers!) Fused Zamasu is actually a fusion of Goku Black and Future Zamasu, one of the bigger villains in Dragon Ball Super. He sure is one bad customer, and he’s also a chaotic and unbalanced form that likely does more harm than good to everyone around him. There’s no word just yet on when we’ll hear more about the character or even anything else related to him, so we’ll keep you updated whenever more details come down the pipeline about this unstable fighter.