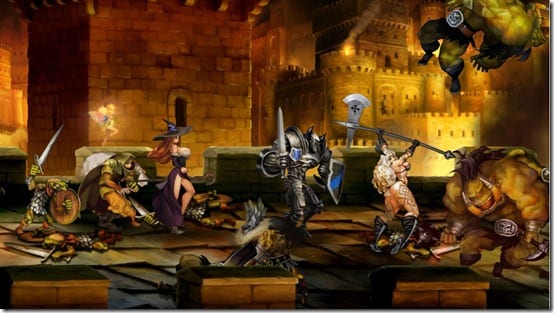 Vanillaware’s gorgeous Dragon’s Crown Pro is almost here, and you’ll get to give it a go on May 15. In the meantime, Atlus has released another comparison video that shows off just how great the game actually looks with its fresh coat of 4K paint. I’s quite impressive, especially when you look at the game side-to-side with how it used to be and what it’s capable of now. The upgraded version of the game also comes with an enhanced soundtrack to keep things feeling fresh.

It’s clear that colors pop more, and everything is just a tad bit sharper than you might be used to with the old game, which gives it an even more special luster than it had when it first debuted. If this is your first go-around with Dragon’s Crown, you’ll definitely end up being impressed.

If you’ve never tried out Dragon’s Crown, it’s reminiscent of the earlier Vanillaware title Odin Sphere, which was a gorgeous, storybook-inspired action role-playing title with plenty of challenging fights and a satisfying grind. It also released an updated version as Odin Sphere Leifthrasir, which eliminated some of the frustrating moments it featured, such as slowdown.

Check out the trailer below and let us know if you plan on picking up Dragon’s Crown Pro when it releases exclusively on PlayStation 4.