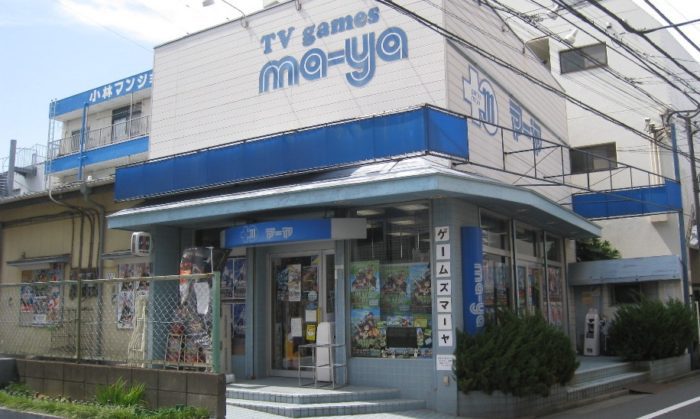 Video game stores are a big deal. While most are large chains such as GameStop and Game Retail Limited, a few are mom and pop-styled operation. Sadly, these stores are becoming quite rare, and yesterday, we lost one of the biggest (relatively speaking) of these small retailers.

If you’ve ever visited Tokyo, you might have come across an unassuming store called Games Maya. It might not look like much, but it is extremely popular among Japanese gamers and members of the gaming industry. The store even received a shout-out in Level 5’s Little Battlers Experience.

Given the apparent popularity of Games Maya, you might wonder why it closed. Well, I’m glad to say that, unlike Toys “R” Us, this has nothing to do with bankruptcy or financial issues. No, store manager Hisako Akitani decided to close shop due to health concerns and the recommendation of her doctor to take it easy. She also decided to hold quite the swan song.

April 8th marked the final day of Games Maya’s existence, and it went out with a bang. The store was flooded with fans and game developers alike who wanted to wish Akitani the best. Notable faces included Square Enix producer Shinji Hashimoto, former head of Sonic Team Yuji Naka, and Capcom producer Yoshinori Ono. Plus, many industry veterans who couldn’t make it to the festivities, such as Yusuke Hashimoto and Hideki Kamiya of PlatinumGames and the president of CyberConnect 2 Hiroshi Matsuyama, sent out their well-wishes via video.

According to Famitsu, the Japanese video sharing service Nico Nico broadcast the event, which included auctioning off rare video game memorabilia and a round table discussion that involved prominent developers such as Monster Hunter: World producer Ryozo Tsujimoto and Level-5 founder Akijiro Hino. Moreover, Akitani was more than happy to offer her autograph to visitors.

If its final day was any indication, Games Maya had a very good run, and its presence will be missed in Japan. The store’s memory will live on in the hearts and minds of Japanese gamers and game developers for years to come.