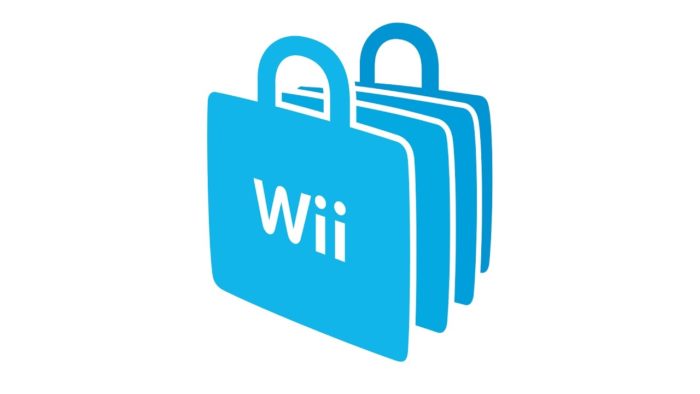 Digital games are an excellent convenience. You don’t have to go outside of the house to pick up a game, or wait for it to show up in the mail, and oftentimes digital sales can make a game much cheaper. That’s all well and good, but digital games are a bit more temporary than you might think – they have a hidden ‘expiration date.’ Certain games like Scott Pilgrim vs. The World and Marvel vs. Capcom 2 have been removed from the Xbox 360 and PlayStation 3’s digital stores, so if you didn’t pick them up before then, that’s it, they’re gone. We’re fast approaching a much more severe instance of digital game removal: the Wii Shop Channel shutdown.

This isn’t the first time a console’s entire digital store has been pulled offline; it has already happened to both the PSP and DSi. The difference in those cases is that you can still purchase both of those systems’ digital games on other devices (the PS3’s PlayStation Store, and the 3DS’ eShop). However, in the case of the Wii, the games are only available to download specifically on the Wii Shop Channel. Even though the Wii U’s online functionality is still active, the emulated Wii Shop Channel that you can access from the Wii U’s Wii Menu will cease to function when the service is switched off. This means that soon, hundreds of games will be going bye-bye. The Wii Shop Channel is being taken offline in stages, so if you want to preserve some games, or keep the ones that you’ve already paid for, then here is everything that you’ll need to know.

The most important information to know are the three stages of the shutdown. Firstly, starting March 26, 2018 you will no longer be able to add funds to your account. Secondly, if you have some points still floating around in your account after this date, you will be able to purchase games until Jan 31, 2019. Finally, the full closure of the Wii Shop Channel and the disabling of re-download functions will take place some time later in 2019. Exactly when this will be is still unknown.

There are two main sections of the Wii Shop Channel: Virtual Console and WiiWare. The Virtual Console was released alongside the launch of the console, and was the first service of its kind. You could officially purchase emulated versions of classic games from past Nintendo systems, as well as some third-party systems like the Master System, Genesis, TurboGrafx-16, Neo Geo, and even some arcade games. It was the most convenient and accessible way to play retro games at the time. While we’re losing the accessibility to many of these games, we’re of course not losing complete access to any of them, as they can still be purchased elsewhere (although you may have to pay a premium with the price of some retro games these days). In fact, many of the games can be found on the 3DS and Wii U Virtual Console, but there are definitely some exceptions. Reddit user SocialRegular has posted a very handy spreadsheet that lists the Wii Virtual Console games that haven’t been released on any other Virtual Console services.

Terms like “PSN games” and “Xbox Live Arcade games” are pretty much extinct in today’s gaming world, but back in the 7th gen, every system’s original downloadable games’ service needed a fancy title. For the Wii, it was “WiiWare.” WiiWare games will unfortunately not be available anywhere else via official means, which is the saddest part about the Wii Shop Channel being shut down. There are some excellent indie gems on the WiiWare, as well as some exclusive entries from massive franchises such as Final Fantasy, Castlevania, and even Pokemon. If you have some Wii Points lying around, I strongly advise you take a look through the WiiWare section of the Shop Channel, and save some of these games before it’s too late. Here’s a few random recommendations of the best WiiWare exclusives: Fast Racing League; Jett Rocket; the two Final Fantasy Crystal Chronicles games; Contra, Gradius, and Castlevania: The Adventure ReBirth; Let’s Catch; LIT; and You, Me, and the Cubes.

A strange quirk about WiiWare games is that, unlike Virtual Console games, their digital instruction manuals are tied to the Shop Channel. In order to view a WiiWare manual, your console would connect online, and then access the Wii Shop Channel. It was a cumbersome process, but is one that will soon no longer be available at all. Unfortunately, there’s no real workaround to this. Most WiiWare games are simple enough to the point where a manual isn’t really required, but it’s still a strange oversight considering that Virtual Console manuals can be accessed without the need of the Wii Shop Channel.

With all of this information, I recommend scouring through the store one last time before March 26 to see if there is anything that you want to grab before it’s too late. If you already have purchased some software in the past, make sure it’s downloaded; if it’s not, download it! The sooner, the better, just to be safe. The Wii is infamous for having puny internal memory, so it may be best to use an SD card to store your games. The Wii can accept SD cards up to 32GB, so long as it’s an SDHC card (all SDHC cards will have the letters “SDHC” on them). Downloadable WiiWare and Virtual Console games are tiny compared to today’s releases. An 8GB SDHC card such as this will be more than enough to download every game ever released on the Wii Shop Channel. Also, be sure to download the latest Wii firmware, as at some point they updated the console to allow you to play games directly from the SD card.

Lastly, a huge flaw in the Wii’s infrastructure has to be pointed out. Unlike Xbox and PlayStation, your downloaded Wii games are 100% tied to the system that they were bought on, rather than an external account system. This means that if your Wii breaks, there isn’t an easy way to retrieve those games that you’ve spent your hard-earned money on. In the past, when Nintendo were still offering repair services for Wii consoles, they had a way of transferring your game licenses to a new console if it had completely bitten the dust, but as this service is no longer offered, there’s not much that you can do. All I can suggest is to do your best to keep your Wii in shipshape.

The Wii Shop Channel launched at a time where Nintendo’s online offerings were considered fairly behind the curve compared to what Microsoft and Sony were doing. Despite its shortcomings, the Wii Shop Channel still leaves behind quite a legacy. Its Virtual Console service is still the best version that’s ever been released, and if you dig through the shovelware, the WiiWare had some solid exclusives. It’s a shame to see it go, and we can just hope that the same fate doesn’t befall the Xbox 360 and PS3.