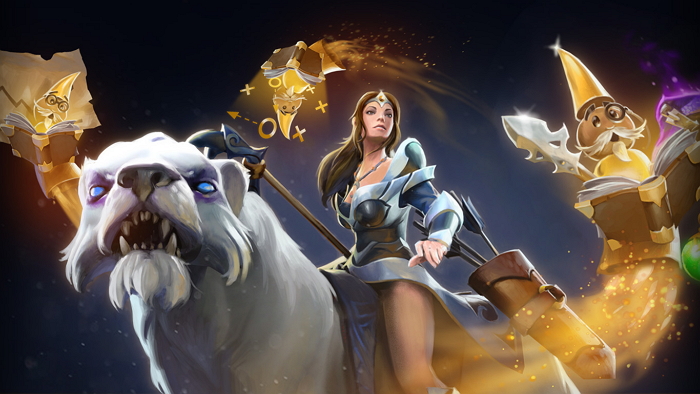 Valve announced a new monthly subscription service for Dota 2 that offers exclusive features and rewards, while replacing the Battle Passes for the Majors tournaments.

Called Dota Plus, the service is being touted as an “evolution of the Majors Battle Pass.” Dota Plus will be a continuous subscription instead of the temporary schedule behind a Battle Pass during a Major, though Valve noted it is not a replacement for The International Battle Pass.

The new pass will add experience progression for each individual hero, earned by playing games and completing specific challenges. Leveling up will reward players with Shards, an in-game currency used to buy Plus-exclusive and legacy item sets, while ranking up in tier gives out phrases for the new Hero Chat Wheel, available to all Dota Plus members to use in allied and all chat. The biggest addition of the service though is Plus Assistant, which will offer real-time hero, item, and ability suggestions alongside other analytics.

“These suggestions are based on data gathered from millions of recent games at each skill bracket, ensuring your builds stay current in the ever-evolving meta,” Valve wrote. “Better understand your playstyle by using new graphs and analysis tools both during the match and after it’s finished.”

While some in the Dota 2 community reacted to the new assistant feature as “pay-to-win,” others said it is putting quality of life features behind a paywall that should be available for newer, less experienced players. Deep statistics and analytics on matches and meta have been free for years from sites like datDota and Dotabuff.

The recent Dota 2 update also brings back the Battle Cup tournaments. Dota Plus members can enter for free, while non-members will still need to buy tickets at $0.99. Rewards for winning include special emoticons, profile accolades, and 20,000 Shards.

Dota Plus can be bought within the in-game client for $3.99 per month. The service can also be bought in six or 12 month packages with discounts of 6% and 12%, respectively.