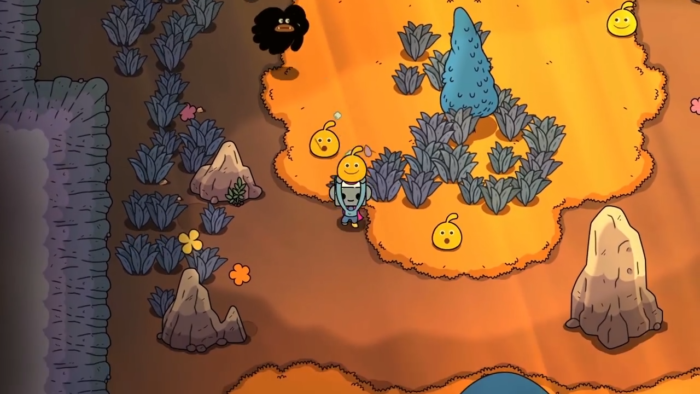 Onebitbeyond has teamed up with SIE Studios Japan and Devolver Digital to bring a special twist to the upcoming RPG/roguelike hybrid game: a special LocoRoco crossover quest that brings over the adorable little creatures to be a part of the game.

The quest will find players heading to a secret cave where they need to grab all the LocoRocos out there while defending them from Moja Troop jerks. It features the same joyful singing, sound effects, and music from the original game, so it’ll definitely be worth embarking on the quest if you’re not sure about it.

The Swords of Ditto is a game where you start out as a new hero for every 100 years as you wield the same sword, just leveled up from when the previous hero was in charge. The hero isn’t the focus, as the sword itself is, so if you’ve played games like Rogue Legacy you’ll find plenty of familiar content here.

The game is coming to both PlayStation 4 and PC, but the LocoRoco quest is unique only to the PlayStation 4 version. If it’s important to you that you spend time with the colorful little creatures, you’ll want to make sure you get the game for PS4.