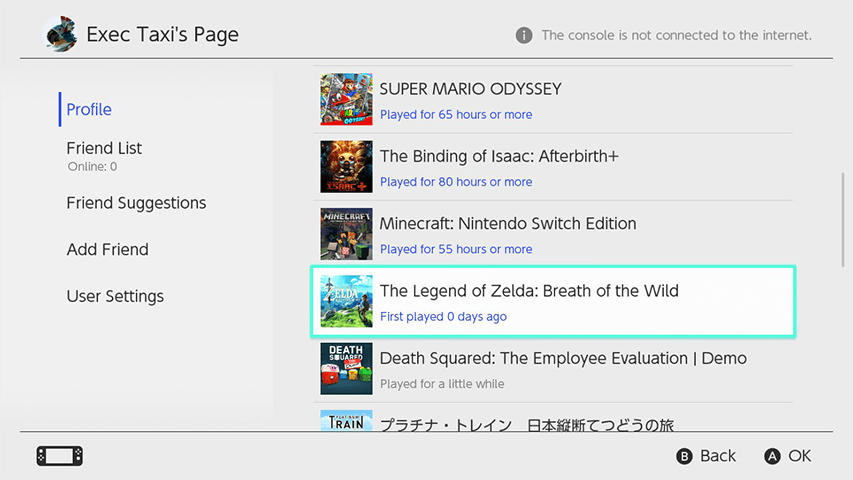 Nintendo Switch owners have been finding that their play logs have been curiously missing their data after a year, with the logs simply erased. Some ResetEra members had first noticed the issue, when they saw that their Switches hadn’t been displaying their The Legend of Zelda: Breath of the Wild playtime anymore, and found that several games that are a year old like that game simply had been erased from the console.

This lead to many other players assuming that the playtime would just be erased, given that the Switch apparently doesn’t care that the year is different than it was last year. And then Nintendo magazine Nintendo Force noticed that the playtime only disappears from the system for ten days, then returns on the 11th day, strangely enough.

Good news on the Switch time glitch — the playtime wasn’t deleted. It disappears for 10 days, then comes back on Day 11. pic.twitter.com/76URRSAYyH

Nintendo has since responded, stating that these issues should not be happening. The company will be resolving the problems, which will come in the form of a patch in the system’s next firmware update.

Some Nintendo Switch owners’ play activity info is displaying incorrectly, but play activity is still being recorded accurately in the background. A future system update will resolve this issue & ensure play time data is correctly displayed. We apologize for the inconvenience.

Make sure to check out your own Nintendo Switch’s playtime log after the next update in case you’re worried about losing the logs. It may not seem like a big deal, but it’s certainly understandable that players would be upset about losing said content.