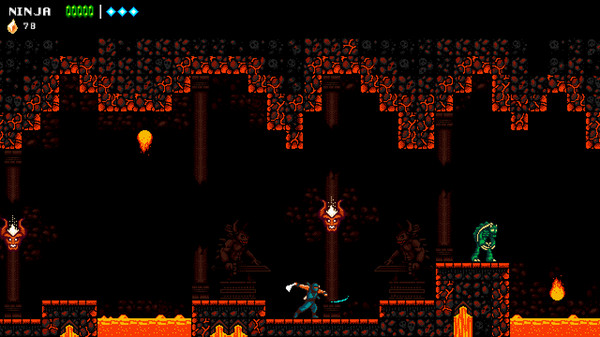 During today’s Nintendo Nindies showcase, generation-splicing ninja platformer The Messenger was announced for Nintendo Switch. The game moves between 8-bit and 16-bit art styles, allowing the player to move between the two by going forward or backwards in time. As a demon army besieges his village, a young ninja ventures through a cursed world, to deliver a scroll paramount to his clan’s survival.

The game comes from developer Sabotage, and is a tight platformer reminiscent of Ninja Gaiden. Both art styles are fully realised, throwing back to NES and SNES games. A teaser trailer was also shown, giving a feel of how the time-travel mechanic will work.

Players will find upgrades, new abilities, hidden levels and great speed-running opportunities as they journey through a cursed land. The Messenger launches on Nintendo Switch this summer.