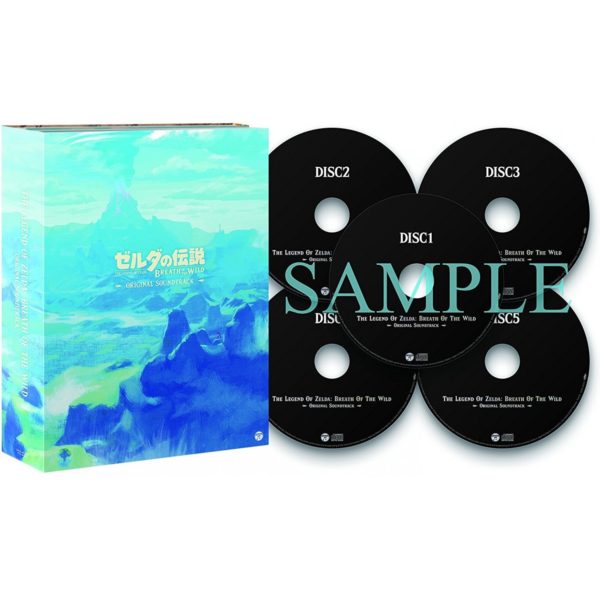 If you’re a big The Legend of Zelda: Breath of the Wild fan, you might want to check out this Limited Edition release of the game’s sweeping orchestral soundtrack, complete with those totally weird moments from the dungeons. The soundtrack will be comprised of five CDs and some sweet extras to boot.

The five-disc Limited Edition comes with a special Link-themed PlayButton, which is a small music player with songs already loaded on it, so you can listen to certain tracks on the go. You also get a nice Sheikah Slate slip-on cover to go over the box itself and keep things looking fresh and tidy. It certainly works well as a statement piece, if that’s what you’re looking for, but further than that it’s the music of the hit Switch game all in one place, which is admirable and definitely something any Zelda fan will want to snap up quick.

The soundtrack will debut on April 25, 2018, and you can pick it up via Play-Asia either in the normal version or Collector’s Edition. You may want to save some room on your shelf for this massive, honking behemoth of a soundtrack set. So make sure you scoot things over and make room to welcome the grand master of Zelda soundtrack sets.