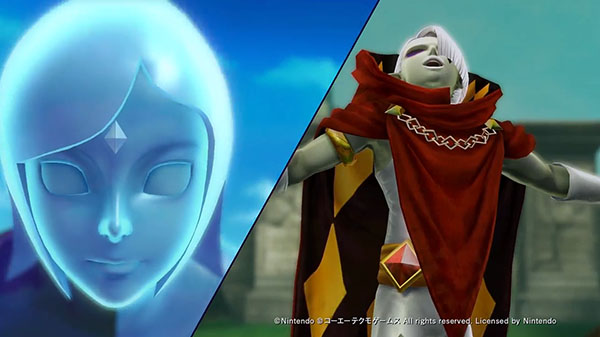 Koei Tecmo has a brand new trailer for its upcoming Zelda-based musou title, Hyrule Warriors: Definitive Edition. If you haven’t been keeping track, it’s the Switch version of a game that originally made its debut back on the Wii U and then the Nintendo 3DS at a later date.

This is the fifth trailer in a long series that have, little by little, introduced some of the characters you’ll be able to see and play with in the game. This trailer includes the Sword Spirit Fi, Demon Lord Ghirahim, traveling merchant Ravio, Lorule priest Yuga, and Demon King Ganondorf. It’s a regular cavalcade of characters up in here!

You’ll have plenty of different folks to play as this time around, as well as alll the previous DLC released for Hyrule Warriors in the past. So if there’s a specific character you want to use, you’ll have plenty of options. The game isn’t out yet, though. It’s still got quite a ways to go, in fact, targeting a May 18 release in North America.

There’s a lot to do in the new Hyrule Warriors re-release, so if you’re looking forward to playing the new Switch version, make sure you clear your schedule for mid-May and check out the new trailer below.