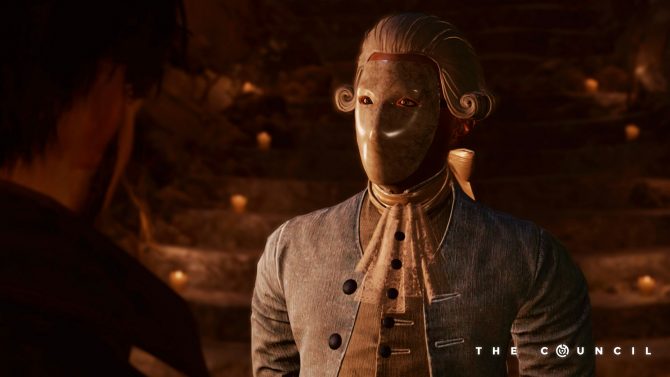 Focus Home Interactive’s The Council has a gorgeous new trailer today featuring Goya’s Saturn Devouring His Son and a deeper look at what to expect from the game. The political and history drama features plenty of secrets for players to uncover throughout this episodic narrative adventure, and it will be spread across five different episodes with different endings.

Players take up the role of Louis de Richet, who has been invited to the private island of Lord Mortimer to find his missing mother. When he gets there, he finds that Lord Mortimer brings together lots of different important folks in secret to work on shaping the way of the world. You know, secret society stuff. From there, you’ll chat with the special individuals and develop certain skills along the way.

Most of the choices in The Council have short medium, and long consequences with some cosmetic outcomes as well, so the decisions you make in-game should translate well to the story that’s being woven here. It looks like an intriguing twist on the traditional adventure game we’ve seen in the past few years, and episode one releases this March 13. You can see the latest trailer below, with some pretty grisly imagery in some sections, but if that’s what the game has to offer you’ll probably have no trouble deciding that you’re all in going forward.