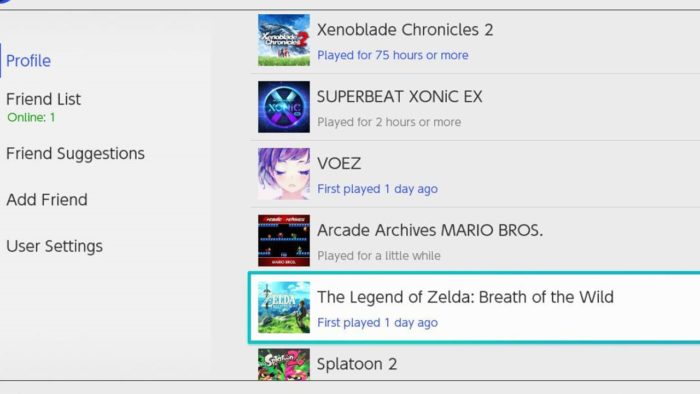 People who have owned their Switch since launch day may have noticed a peculiar bug on the profile page that incorrectly displays a user’s play time for a particular game. If the first time a game was played was slightly over a year ago, instead of displaying the play time of the game as it should, it reverts back to stating that the game was “first played x days ago.”

Nintendo’s Japan support site has confirmed that an upcoming firmware update for the Switch will address the issue. When the update has been released, all of your games’ play time will be displayed correctly, even after a year has passed.

You can now live happily knowing that your hundreds of hours that you logged into The Legend of Zelda: Breath of the Wild will soon return to your Switch profile page for all of your friends to see.