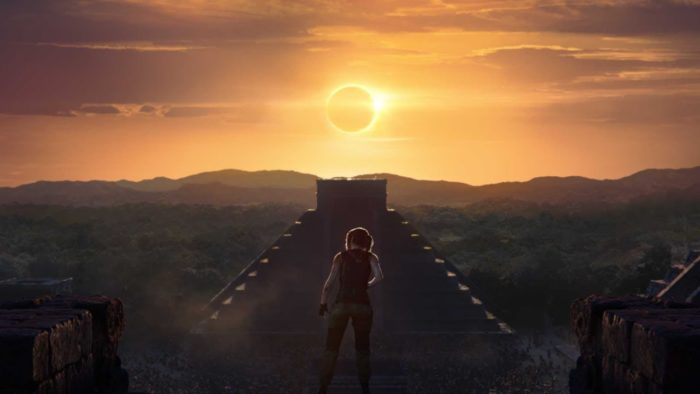 Square Enix has released the official trailer for the upcoming entry in the Tomb Raider trilogy, Shadow of the Tomb Raider. Though yesterday a tease was announced that we could expect an official release today as far as the news goes, we were able to find the information about the reveal hidden within the HTML code on the official Tomb Raider website.

Shadow of the Tomb Raider will be out in just six months for Xbox One, PlayStation 4, and PC with an all-platform launch on Sep. 14. A proper look at the game is coming on April 27, with fans being able to head to the official Tomb Raider site for a chance to play the game early and meet developers at three different reveal events.

Until then, of course, you can feast your eyes on the teaser trailer afforded to us from Square Enix today, which gives us just a taste of what’s to come. Lara’s been through a lot, and we can imagine it’s going to be an even more difficult journey throughout her third game.

It’s a great month for Tomb Raider fans, what with the live-action film in theaters now, as well as the Lara Croft Barbie doll released by Mattel up for grabs too. Looks like Lara will be a driving force as we head into spring 2018.