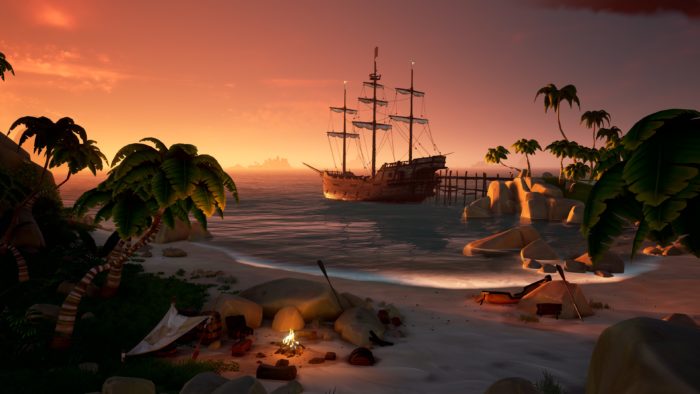 Sea of Thieves is all about playing with friends, so make a whole bunch of new ones and nab an Xbox One X, and you’ll be swimming in a whole new league of fun. For a limited time between March 18 and March 24, when you buy an Xbox One X, you’ll also get a free digital copy of Sea of Thieves.

If you nab yourself an Xbox One X between March 18th and 24th, you’ll get a free digital copy of #SeaOfThieves! This offer applies to participating retailers only. Dive into this article for further info: https://t.co/ygOMWTCygF pic.twitter.com/5DCptETscx

Though this is a nationwide promotion, the promotion dates may vary depending on where you live or where you purchase your system from. And if you’re not interested in nabbing an Xbox One X to get a free copy of the game, you can also get the Xbox One S Sea of Thieves Bundle, which is abundantly cheaper than an Xbox One X for $499.99 and is $299.99 instead. It comes with a 1TB HD, Sea of Thieves, a month of Xbox Live Gold and Xbox Game Pass. There’s also a really rad controller you can get if you so desire.

Sea of Thieves will officially launch on March 20 on Xbox One and Windows 10, but if you don’t want to spend full price on the game that day, you can instead nab Xbox Game Pass to play it for $9.99 a month at your leisure.

Forza Horizon 5 Is Heading to Mexico This November