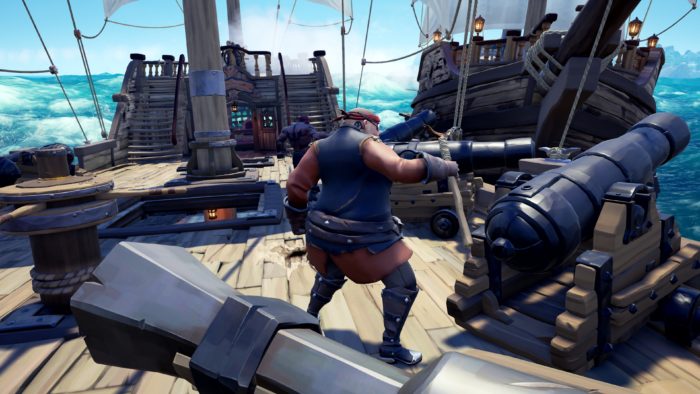 Rare is conducting a new Sea of Thieves scale test in preparation of the game’s launch to see how the servers respond when under heavy player load. The past few tests were a pleasant surprise for the developer, but there’s always room to grow. Thus, there’s a new one coming tomorrow at 5 AM ET, ending on March 4 at 5 AM ET. The beta will be open to lots of different players — and if you missed the last few beta testing periods, you’ll finally be able to jump in and try the game out.

You can participate in the test by downloading the beta build of the game from the Microsoft Store and playing it either via Windows 10 PC or Xbox One. You’ll have a few days to hang around in the game with your buddies, form up a pirate crew, and explore the seven seas. There’s a lot of things to do in the game, as you’re no doubt well aware by now, which one of the most important things is to find treasure along with your scalawag friends. Drink up, me hearties yo-ho!

Sea of Thieves is releasing in full on March 20, so this is likely to be the last or next to last test going ahead of the game’s debut.