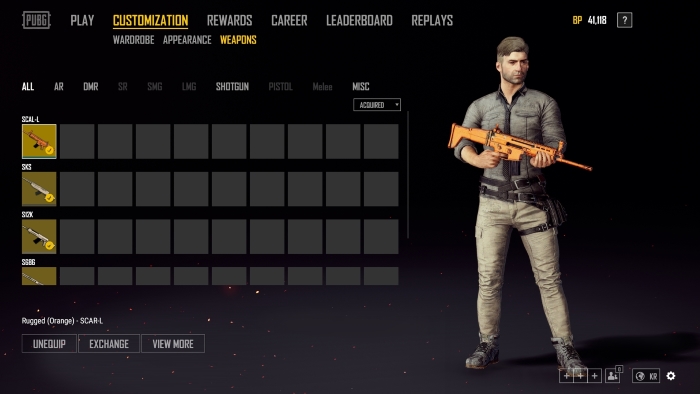 The weapon skins will be earned through two new loot crates, the Triumph and Raider Crates, and will not contain cosmetic clothing items, only weapon skins. The Raider Crate will not require a key to unlock and can be earned through spending Battle Points (BP). The Triumph Crate requires a Weapon Cosmetic Key, sold through the Steam marketplace, and will be added alongside other crates that can drop.

The studio published the drop rates for the weapon skins in each new crate in the patch notes, as well as the new crate drop rate pool:

PUBG Corp is also testing region locking in the new update. The approach would be to limit matches with players that reside in the same region, making other servers invisible, but teams with players from different regions can connect and play on any servers available between them.

“Through this new approach we are aiming to provide a better gameplay experience as it will improve network issues and help with linguistic barriers,” wrote the developer. “We are going to run a limited test of this approach as more detailed research and analysis should come before global application.”

Both the weapon skins and region locking are now available in the PC test server. The studio will be providing free BP, crates, and keys to test accounts to test the weapon skin system. The new features will be pushed to the live game when the update is stable.