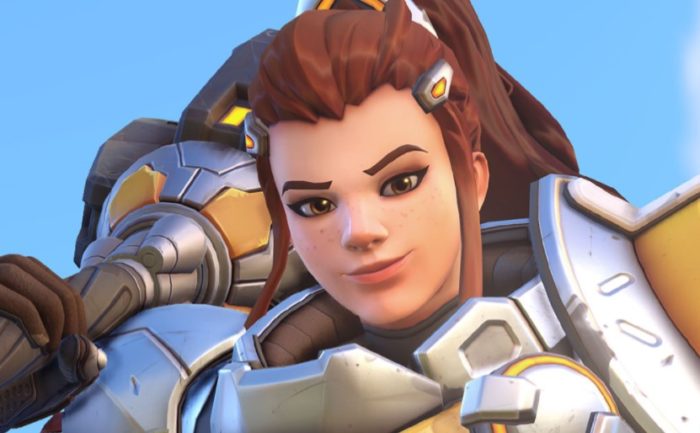 Last week Blizzard revealed the identity of hero 27. Brigitte is the Daughter of Torbjorn, having grown up tinkering away in his garage. She is also the squire of Reinhardt and shares many of his abilities including her use of a shield. She launched onto PTR servers, allowing players to give her a try, but featured very few cosmetic variations.

The Japanese Overwatch Twitter account has released a new video which shows off Brigitte’s first skin, a steampunk number inspired by her Father. Check it out below.

There’s no timeline currently detailed for Brigitte’s full release but it’s worth noting that previous heroes have spent weeks in the PTR testing phase. The tank/support hybrid launched onto PTR servers on Feb. 28 and has already seen tweaks to her shield bash ability. Brigitte comes equipped with a rocket flail, similar to her mentor Reinhardt’s. She also has the ability to heal and add armor to allies and a shield bash skill which stuns all opponents it comes into contact with. For a full breakdown of her abilities, click here.

The announcement of Brigitte as hero 27 was foreshadowed by her appearance in Reinhardt’s short in which she appeared. Fans are already taking to the muscly mechanic, as evidenced by the amount of great fan art already popping up online.