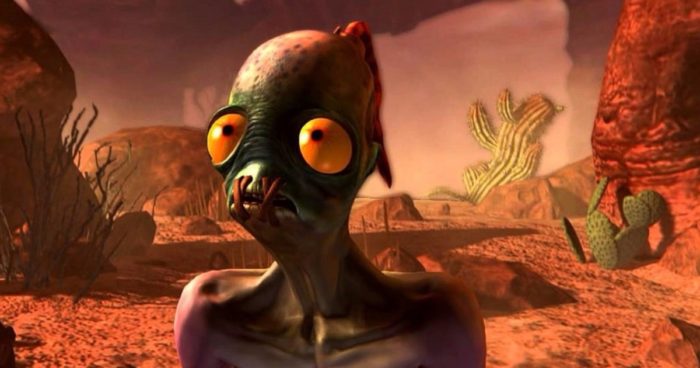 Oddworld Inhabitants, the developers behind the Oddworld series, have released a cryptic video teasing a reveal next week.

Clocking in at only a few seconds, the video flashes several stills of concept art featuring the series’ protagonist Abe as well as settings and creatures from what can be assumed to be the series’ upcoming entry, Oddworld: Soulstorm. The video also shows the words discover his origins, followed by the reveal of Mar. 20 as the date when more information will be revealed in full.

Likewise, the company’s official website currently has a clock counting down to the date given in the video.

Last seen at the Eurogamer Expo last year, Oddworld: Soulstorm is a reimagining of the 1998 title Oddworld: Abe’s Exodus with modern graphics and a newly written story. The game would also be a direct sequel to Oddworld: New ‘n’ Tasty, the full remake of Oddworld: Abe’s Oddysee developed by Just Add Water and released on PlayStation 4, Xbox One and PC in 2014.

Oddworld: Soulstorm currently has a 2018 release window. For more on some promising remakes and remasters, check out the recently released Devil May Cry HD Collection as well as our feature on why people should be willing to go back to the hallmark action series.