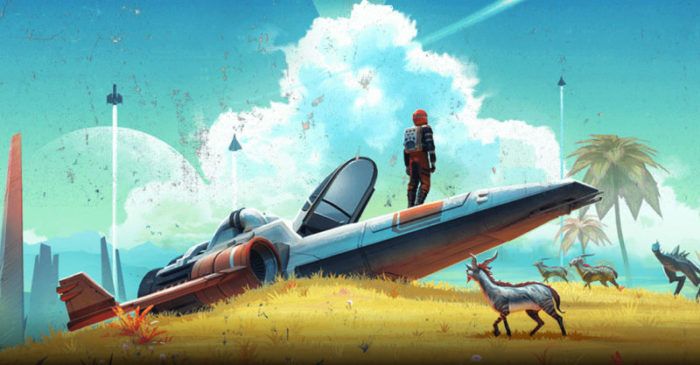 Originally released on the PS4 and Xbox One, and shown off multiple times at Sony’s E3 conferences, Hello Games has finally announced that No Man’s Sky will be coming to the Xbox One this year. In addition to that, the game’s next big update is set to drop some time this summer. Rather aptly, the update itself is called ‘NEXT.’

Coming in Summer 2018 is No Man's Sky NEXT, a free update for PS4, PC, Xbox and WeGame. It's our largest update so far, and we're working our socks off pic.twitter.com/wZhjaLMbsT

We don’t know what the update itself will bring just yet, or when it’s releasing on the Xbox One, but we do know that lots of people are still waiting for multiplayer and PvP to be added into the game. Being able to at least meet other players, if nothing else, was a feature that was promised at launch, but it was nowhere to be seen. No Man’s Sky has continued to receive regular updates in the year since its release, including farm and base building, as well as a single-player storyline that gives a bit more purpose to the Atlas stones and the journey to the center of the galaxy. It’s still not a perfect game, but it’s starting to feel a lot more complete.

No Man’s Sky is now available on PS4 and PC, and we’ll keep you updated as more info comes our way.