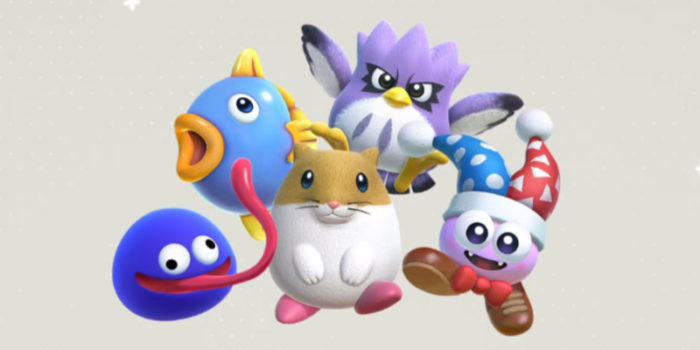 Kirby Star Allies is all about making friendships, working with your party of up to four characters, and taking out the bad guys. Kirby and other characters in the long-running franchise have always been known for being sort of cute, cuddly, and sometimes even huggable, as long as they don’t have fire or electricity surrounding their entire body.

Nintendo has released a new update for Kirby Star Allies (version 2.0.) that adds three new characters to the game for you and friends to play around with. The three new dream friends are as follows: Marx, Gooey, and Rick & Kine & Coo. You might remember Marx from the Kirby Super Star games, Gooey from Kirby’s Dream Land 3, and Rick & Kine & Coo from Dream Land 2. Once you update the game from the Switch home menu, you’ll be able to summon them from any Dream Palace.

Update 2.0. also adds one new celebration picture to complete by collecting Picture Pieces and fixes some gameplay issues that will enhance the overall experience for the game.

Kirby Star Allies is out now for the Nintendo Switch as well as the new update. If you’ve been on the fence about purchasing Kirby Star Allies, please be sure to check out our recent review on the title.