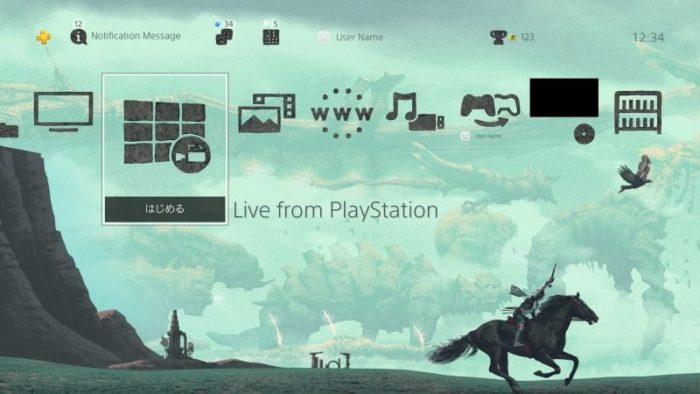 Shadow of the Colossus is a beloved game as it is, so it makes sense that you might want to adorn the very console you play it on with themes and other digital finery. You’ll definitely want to pick up this awesome Shadow of the Colossus Dynamic Theme then, via the Japanese PlayStation Store. It’s up for grabs for free, but you will need to create a Japanese PlayStation Network account if you want to make it yours.

The Shadow of the Colossus Dynamic Theme for PlayStation 4 is available for free because of a Twitter campaign ran by PlayStation Japan’s Twitter account. Now the whole world gets to reap the benefits because of it, apparently. And it’s a theme well worth downloading and using, as it’s simple, gorgeous, and understated yet still a great tribute to the game.

If you missed your chance at grabbing the Shadow of the Colossus Dynamic Theme on PS4 before the remake released, you’re in luck as it is currently available for free and all you need is a Japanese PSN account.

The theme will be up for grabs until March 31, 2018, so if you want it, you should go ahead and pick it up. You can see what the theme looks like in the video below if you’re not sure if creating a Japanese PlayStation 4 account is worth all the trouble. It can be a bit of a process if you’ve never done it before.